You’d have to drink 10 glasses of milk a day to get your recommended vitamin D, UAB experts say. Sunshine or a supplement is better.

Vitamin D isn’t in the news as much as the popular C, E and A, which can mislead people to assume they’re getting enough. 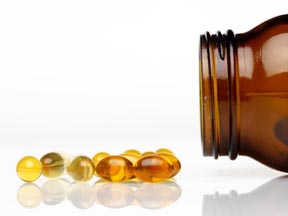 But Vitamin D isn’t really a vitamin, and the average person is D-deficient, says Suzanne Judd, Ph.D., assistant professor in the University of Alabama at Birmingham Department of Biostatistics. It’s actually a hormone — responsible for calcium balance, which is critical for bone formation. Higher vitamin D levels also are associated with lower blood pressure and act on the pancreas to help regulate insulin production, says Judd, who studies the effects of different forms of vitamin D. And low levels make you more vulnerable to cancers and cardiovascular and infectious diseases.

“Vitamin D has a number of important functions; it helps to absorb calcium from the food we eat and regulates the activity of a number of genes,” says Orlando Gutierrez, M.D., assistant professor of medicine in the UAB Division of Nephrology.

Getting your recommended daily allowance can strengthen your body, and summer is the perfect opportunity to do so.

Take a 10-minute sun break: Vitamin D is best acquired through direct sunlight. Ten minutes of unprotected sun a day on the arms and legs — 20 minutes for dark-skinned people — is all you need to get your daily D, Judd says.

The sun’s rays are more direct in the summer, Judd says, so you can maximize the vitamin D created in your skin. Keep in mind that sunscreen with an SPF 8 and above will completely block vitamin D production, so sun protection defeats the purpose.

That may sound scary to folks who fear the effects of sun exposure, but Judd has a simple solution: Get your 10 to 20 minutes and then lather with sunscreen.

Food is never enough: Most folks think you can get the D you need by eating certain foods, but that’s not true, Judd says. Milk does a body good, but you’d have to drink about 10 glasses a day to get 2,000 IUs.

“There is very little vitamin D in food naturally,” she says. “It can be fortified into food as it is in milk, but it only naturally occurs in foods like fatty fish.”

Judd recommends supplementing your diet. Vitamin D-3 is closest to what’s produced in your body.

Know your level: Each year, you should make it a habit to ask your doctor to check your vitamin D level, Judd recommends. A simple blood test is needed and is best taken during the winter, preferably February.

People of color need to double up: Blacks tend to have lower vitamin D levels than non-blacks because they have higher amounts of melanin in their skin, which blocks the ability of the skin to make vitamin D, Gutierrez says. They need 2,000 IUs a day.

Don’t forget your kids: A national study found that kids were just as likely to be deficient as adults, Judd says. This is most likely due to the same reasons as adults — not enough sun, Judd says.

Be sure to give your child a D supplement, she says. The American Academy of Pediatricians recommends adding it to the diet of breastfed babies as young as 2 months old. There are many vitamin D supplements for children now, including chewable, Judd says.