by Jim Bakken
Gala on Oct. 12 marks a decade of grassroots efforts to educate communities about the power of disease prevention.

Since its inception the University of Alabama at Birmingham Minority Health and Health Disparities Research Center has provided $1.24 million in seed money to UAB investigators to help jumpstart careers fighting health disparities among races. In return, those investments have brought $15 million in additional research funds to UAB in health disparities research. 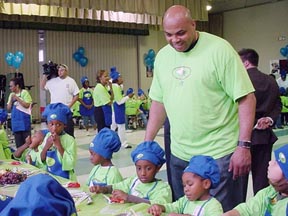 The center also has helped other UAB investigators attain more than $100 million in federal grant funding to accelerate disparities research in breast cancer, diabetes and heart disease. In the past decade, the UAB MHRC has become a national leader in health disparities research, training and career development, and community outreach.

To mark the accomplishments of the past 10 years and to kick off the next 10 years of success, the UAB MHRC will host its 10th Anniversary Celebration Gala on Friday, Oct. 12, 2012, in the Cahaba Grand Conference Center in Birmingham.

“This event will help lay the groundwork for the next 10 years of breakthroughs in eliminating racial and ethnic health inequalities,” says Mona Fouad, M.D., director of the UAB MHRC. “We have a host of successful programs but there is much more we want to do.”

Former NBA star and current TNT basketball commentator Charles Barkley will serve as guest host. Barkley, along with NBA-TV basketball analyst Rick Kamla and Selwyn Vickers, M.D., chair of surgery at the University of Minnesota, will present an in-depth look at the center’s activities with “Inside the UAB MHRC,” modeled after the program Barkley co-hosts on TNT, “Inside the NBA.” Barkley also will announce the winners of the 2012 Charles Barkley Health Disparities Research Award for young investigators at the gala.

The black-tie affair will begin with a seated dinner at 7:30 p.m. Prior to dinner there will be a reception in the same location at 6:30 p.m. Tickets for the “Inside the UAB MHRC” dinner are $200; tickets for the reception only are $100; combination tickets are $250. Tickets may be purchased by calling 205-996-2973 or by visiting www.uabmhrc.com/GALA. 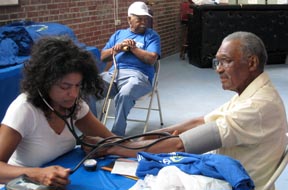 Fouad says the success the UAB MHRC has seen so far comes from its wide range of activities. It has developed a cadre of scientists with expertise in health disparities research. Through partnerships with Historically Black Colleges and Universities throughout Alabama, the MHRC has built a pipeline of minority scholars and healthcare professionals. To date, 120 junior faculty and fellows, 115 graduate students, and 202 minority undergraduate students have graduated from MHRC’s training and career development programs. The MHRC has established strong mentoring programs for junior faculty, fellows, and graduate and undergraduate students and each year funds 3 Excellence in Mentoring Awards.

The UAB MHRC also works at the community level. It has trained more than 500 community health advisors serving in inner-city Birmingham and Alabama's Black Belt region, engaged more than 68,000 community members in Alabama and 14 other states in health education and promotion activities, provided preventative health screenings to more than 7,200 people, delivered an afterschool program for nutrition and physical activity to more than 600 underserved children in 13 Birmingham schools and to more than 1,500 children through health fairs, and significantly reduced disparities among lower-income women at higher risk for breast cancer.

“We have spent the past 10 years taking a grassroots approach to educating citizens in the most affected communities about preventing conditions including obesity, cancer, heart disease, HIV/AIDS, infant mortality and immunizations,” Fouad says. “But there are many more communities that need our help.” 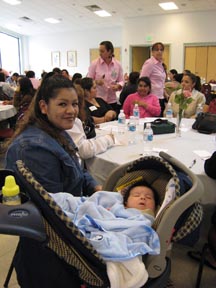 In March 2011, the center opened UAB HealthSmart, an innovative wellness and prevention facility in downtown Birmingham, in an effort to lower rates of chronic disease through comprehensive health profile screenings, nutrition and fitness classes, health education talks, and other primary and secondary prevention services. To date, HealthSmart has served more than 1,200 individuals.

In addition, the MHRC has established more than 200 partnerships with public and private organizations across the U.S. in an effort to help inform, educate and empower people about health issues. These partnerships are designed to promote overall community health and well-being and address the causes of disease and disability.

“To end health disparities, we need to engage diverse communities to develop a broad spectrum of solutions to today’s most pressing problems, including prevention, chronic disease, health disparities, and other complex community issues,” Fouad says. The partnerships and collaborations we have developed help us to expand our ability to engage the community.”

New plans for the next decade

Fouad says the UAB MHRC plans to build on all of these successes over the next 10 years by:

“The work of the past decade has created a successful integrated infrastructure of research, training and outreach that is attracting federal resources and helping transform the health and well-being of the most affected and vulnerable communities in the state of Alabama and the southeastern United States,” Fouad adds. “The support and fundraising generated from events like the Gala are invested back into the community through our prevention programs and are key to continuing our momentum through the next decade.”