After 20 years, the UAB Continence Clinic is still at the forefront

The UAB Continence Clinic celebrates 20 years as a leader in research, education and clinical care for incontinence.

When it began in 1992, the University of Alabama at Birmingham (UAB) Continence Clinic was one of the first in the nation dedicated to providing multidisciplinary, cost-effective, state-of-the-art therapies for men and women with incontinence. 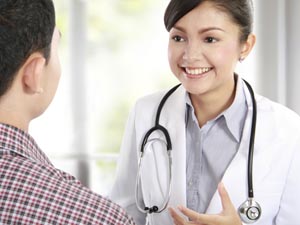 It has been a busy place. More than 6,000 patients have visited the clinic since its inception, and there are now 500 new patients every year. More than 1,000 of those patients have participated in clinical trials, helping the UAB Continence Clinic achieve an impressive record in the research arena, leading to new discoveries and therapies to treat incontinence. The clinic has received more than $9 million in research funding.

Incontinence is not rare. One in three women and one in six men will have an issue with urinary incontinence at some point in their lifetime.

“We treat a variety of conditions, including urinary and bowel incontinence, urinary frequency and painful or overactive bladder,” said Patricia Goode, M.D., professor in the Division of Gerontology, Geriatrics and Palliative Care and one of the co-founders of the clinic. “Incontinence is highly treatable. The earlier treatment is sought, the better the result. Many therapies exist to help control both the bladder and the bowel.”

Along with Kathryn Burgio, Ph.D., professor in the Division of Gerontology, Geriatrics and Palliative Care, Goode founded the clinic to provide treatment of incontinence, facilitate research to improve therapies, and train health-care providers to recognize, evaluate and treat patients with these disorders.

“One cornerstone of our clinic’s efforts has been our behavioral interventions, which include using pelvic floor muscle exercises and bladder control strategies to control urge incontinence,” said Burgio.

Another paper published in 2006 in the Journal of Urology showed that the techniques helped men regain bladder control sooner following prostate cancer surgery.

More recent studies conducted by the clinic showed that behavioral therapy was as effective as medication in men with overactive bladder, and that vitamin D deficiency is associated with lower urinary tract symptoms such as getting up at night to urinate, incomplete emptying, hesitancy and urinary incontinence.

“Our society does not like to talk about incontinence, but it’s a very real issue for many Americans,” said Alayne Markland, D.O., associate professor in the Division of Gerontology, Geriatrics and Palliative Care. “The good news is that the therapies we’ve developed and proven over the past 20 years can provide relief for many patients. There is an answer to incontinence.”

The UAB Continence Clinic is housed on the first floor of the Kirklin Clinic. Learn more here.