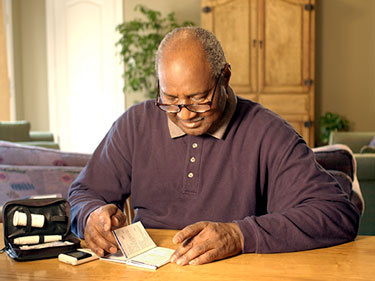 University of Alabama at Birmingham (UAB) researchers are participating in a new clinical trial of a treatment for patients who are obese and have uncontrolled type 2 diabetes.

UAB is actively enrolling patients in the ENDO Trial, a clinical trial of EndoBarrier® – a thin, flexible, tube-shaped liner that forms a physical barrier between food and a portion of the wall of the intestine. The trial will evaluate the efficacy and safety of the investigational device EndoBarrier.

“There are many people living with type 2 diabetes and obesity who are trying tirelessly to manage their diabetes and blood sugar without success,” said UAB principal investigator Fernando Ovalle, M.D., director of the UAB Multidisciplinary Diabetes Clinic and a senior scientist in the UAB Comprehensive Diabetes Center. “New treatment options to help people with diabetes improve their disease are long overdue.”

Ovalle said the prevalence of diabetes continues to grow at significant rates across the country. The Centers for Disease Control and Prevention (CDC) recently reported that the prevalence of diagnosed diabetes is now greater than 6 percent of the population in all states as well as Washington, D.C. and Puerto Rico. Type 2 diabetes, which accounts for approximately 90 percent of all cases of diabetes, affects more than 23 million people in the U.S.

According to the Alabama Department of Public Health, 12 percent of people in Alabama have been diagnosed with diabetes and Alabama ranks among the top five states in the nation for the incidence of diabetes. The diagnosis of type 2 diabetes usually occurs after the age of 40 and is often, but not always, associated with obesity.

The ENDO Trial is currently enrolling adults between the ages of 21 and 65 who have uncontrolled type 2 diabetes and are obese. Eligible patients should currently be using metformin, a sulfonylurea, or a combination of both, but unable to achieve adequate glycemic control. More information about the ENDO Trial can be found at www.endobarriertrial.com or by calling 1-888-9STUDY9 (1-888-978-8399).