by Jim Bakken
Despite strokes’ being on the decline in the U.S., more women are dying from them than are men. Now the AHA and ASA have released guidance on prevention specifically for women. 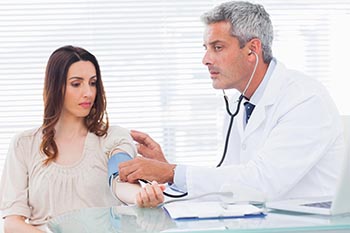 While stroke occurrences have been on a consistent decline in the United States since the early 1900s, more women are still dying from them than are men. To aid in curbing these deaths, first-of-their-kind stroke-prevention guidelines for women have been released with the help of one University of Alabama at Birmingham expert.

Stroke is the fourth-leading cause of death for all Americans, and 60 percent of strokes occur in women, according to the American Stroke Association.

“Men are physiologically different from women, so preventive tips cannot be one-size-fits-all,” explained Virginia Howard, Ph.D., co-author of the new scientific statement Guidelines for the Prevention of Stroke in Women, published from the American Heart Association and American Stroke Association Council on Stroke in the AHA journal Stroke.

“There are many considerations about stroke that might be different for women: Reproductive factors and risk factors more common or stronger in women, like diabetes and atrial fibrillation, might get lost in a general guidelines document,” said Howard, UAB professor of epidemiology and a lead investigator for the long-running Reasons for Geographic and Racial Differences in Stroke (REGARDS) study, the nation’s largest study aimed at exploring racial and geographic differences in stroke risk factors and stroke occurrence.

The guidelines report stroke risks unique to women and provide scientifically based recommendations on how best to treat them, including:

“Getting these preventive measures to doctors is exciting because it’s an opportunity to start the conversation early; people think stroke is just an ‘old person’s disease,’” Howard said. “While it generally is, it’s also preventable. There are many things women can do at younger ages, during child-bearing years, which can impact stroke risk later in life, so it’s an important message to have physicians — especially OB/GYNs, who may be the only doctors some women see at younger ages — involved in stroke-prevention care early on.”