Natural recovery from alcohol problems is possible, but more research is needed

by Jim Bakken
Researchers at the UAB School of Public Health hope to learn how problem drinkers quit misusing alcohol on their own, so others with similar issues can benefit from their natural recoveries. 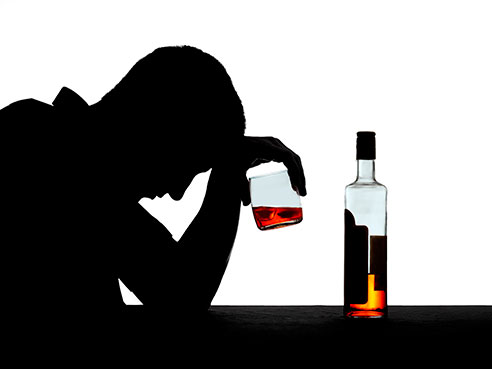 Researchers at the University of Alabama at Birmingham School of Public Health hope to learn how problem drinkers quit misusing alcohol on their own, so others with similar issues can benefit from the findings.

“The traditional view is that you have to hit rock bottom, then get intensive treatment and have lifelong sobriety and involvement in mutual help groups; but research has shown there are multiple pathways to recovery, and ‘natural’ recovery without treatment is one of them,” said Jalie A. Tucker, Ph.D., MPH, professor and chair of the Department of Health Behavior.

Tucker says most people who struggle with alcohol have mild to moderate problems; they have a history of high-risk drinking and have experienced some alcohol-related problems, but they are not on the serious to severe end of the spectrum where clinical treatment is needed.

“This majority, known as problem drinkers, often do not find existing services like mutual help groups and clinical treatment programs appealing, so they try to figure out how to recover on their own,” Tucker said, adding that many succeed.

Tucker’s study, Time Horizons and the Behavioral Economics of Recovery from Drinking Problems, seeks to interview and follow this group of people who resolve their problems on their own. The study is looking for men and women who are within a few weeks or months of abstaining from alcohol or have significantly cut back on drinking.

“We’ll follow people prospectively for a year as they go through the early to later phases of natural recovery so we can learn from them,” Tucker said. “We interview them regularly to get quality, real-time reports on their progress or setbacks.”

With knowledge gained from those who have experienced success with a natural recovery, Tucker says the goal is to provide guidance and support to others who wish to quit on their own.

“We would like to develop and offer ongoing behavior change support by phone or through the Internet that gives problem drinkers the tools they need to recover, including during a period of risk for resuming drinking,” Tucker said. “We want to make this knowledge available to people early when their problems are limited and before they hit rock bottom; it’s a more preventive approach. Unfortunately, there is a longstanding gap between population rates of alcohol problems and use of professional treatments, in part because of stigma, and problem drinkers would benefit from recovery tools and support that they can access without becoming patients in the health care system.”

This research project is not a treatment program. For more information on joining the study, call toll-free 800-815-6200 or visit www.healthydecisions.uab.edu/drinkingproblemsstudy.