From open heart to TAVR, one patient experiences extremes in the span of three days

by Tyler Greer
Donald Rabren came in to have open-heart surgery until a surgeon discovered great risk in continuing and elected to close him up and do a different procedure three days later.

Editor’s note: This is one of several patient stories to appear during the next several weeks that details how UAB’s structural heart program team repaired a serious heart issue with minimally invasive techniques instead of traditional open-heart surgery. 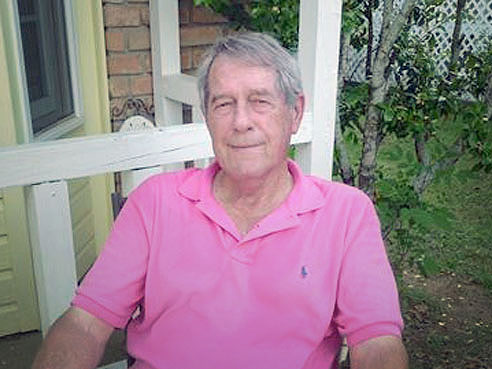 Pike Road resident Donald Rabren is an open-heart surgery veteran, not a title any person covets. But the 78-year-old Alabamian has had two of them after two heart attacks.

“I’ve had my chest opened twice, and let me tell you, 20 years ago when it happened the first time, there was a lot of emotion involved,” Rabren said. “When you have a heart attack, it gets into your head.”

Rabren learned earlier this year that he needed another open-heart procedure to once again repair his aortic valve. The valve, one of the four main valves of the heart, had once again hardened and made it difficult for Rabren to engage in even light physical activity; walking across a room was a chore and frustrated him greatly.

Rabren, however, was otherwise healthy, and James Davies, M.D., chief of the UAB Section of Adult Cardiac Surgery, believed an open-heart surgery was the best course of action. But when surgeons opened Rabren up and cleaned out the scar tissue, Davies discovered that the calcification of the aorta was so extreme that continuing with the planned procedure would have been too risky for the patient.

“Instead of what we thought would be a fairly routine procedure, we would have had to put Mr. Rabren in deep hypothermic circulatory arrest — a surgical technique that involves cooling the body of the patient and stopping blood circulation,” Davies said. The procedure requires keeping the patient in a state of hibernation at 12-18 degrees Celsius with no breathing, heartbeat or brain activity for up to one hour. Draining blood from the body is necessary to eliminate blood pressure. Rabren’s whole calcified aorta would then have to be replaced while he remained in this state.

“I really just didn’t think Mr. Rabren would do well with that,” Davies said. “So we closed him up and elected to come back three days later and do a TAVR procedure.”

TAVR procedures, or transcatheter aortic valve replacements, have been performed by Davies and other UAB Structural Heart physicians more than 300 times since the team completed its first case in July 2012.

TAVR is a method of replacing malfunctioning heart valves without large incisions and without use of a heart-lung machine, or cardiopulmonary bypass. The result is a shorter recovery time than a standard open-heart procedure.

Rabren came to UAB Hospital for what he thought was going to be his open-heart surgery on Feb. 26. Rabren fully expected to awake and learn the surgery had been a success. He heard a different story, however, when he woke up and Davies explained to him what happened when his team got through the scar tissue and saw his badly calcified aorta.

“Let me tell you something,” Rabren said, “I can’t begin to tell you how much I appreciated what Dr. Davies did that day. I remember him telling me, ‘I could have attempted to do it, but you were so calcified that I felt like if I cut anything around your aorta, you’d have an instant stroke.’ He followed the Hippocratic Oath — take care that they suffer no hurt or damage. Dr. Davies assured me he was going to figure out what needed to be done and go back in and fix it. Three days later he did, and I can’t tell you enough about what a difference this has made in my life. I feel great.”

“We perform more valve procedures than anyone in the state, and have since the inception of our program,” Davies said. “Prognoses for patients like Mr. Rabren were very poor just a few short years ago, but our ability to do these procedures is helping to add years to their lives — and quality life to their years. Patients who have this procedure experience a much higher quality of life.”

Indeed, Rabren talks about how disappointed he was that his condition got so poor prior to the surgery that he had to give up driving cars for a friend at his auto auction, a job he had done three or four days a week for more than three years.

“I really enjoyed it because I’m working with old guys like myself,” he said. “I got to the point where I could hardly walk around to do the job.”

Rabren received good news at his six-week post-surgery follow-up visit. He was doing so well that Davies told him he was good to start working again if he felt like it. For Rabren, it was exactly what he was hoping to hear.

“I kid you not, on my way back home from my checkup in Birmingham, my phone rang and it was my friend that owns the auto auction,” Rabren recalled. “He said, ‘Don, what did the doctor say?’ I said, ‘He turned me loose.’ He said, ‘Can you be at work at 8 in the morning?’ I said, ‘I’ll be there.’ It was the best phone call I ever got, and I’ve been going ever since.”