by Tyler Greer
UAB surgeons patched mitral and tricuspid valve leaks, which eliminated Terry Maddox’s fluid retention and got her congestive heart failure to drop from a Class 4 to Class 1. 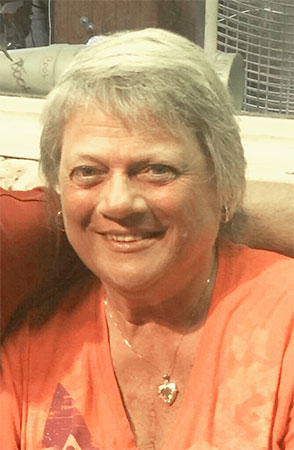 Terry Maddox believed she was in the prime of her life in the summer of 2014. The then 53-year-old surgical scrub nurse had 21 years at her job, four children she loved and seven grandchildren on whom she doted whenever she got a chance.

Her life was sent into turmoil, however, after an abscess formed on her shoulder following a cortisone injection for a rotator cuff injury. She developed a staph infection and, ultimately, endocarditis, an infection of the inner lining of the heart. She also had a stroke during an operation.

“The staph got into my blood stream and started eating away at my mitral valve, and the doctors thought a piece of the valve broke off and traveled to my brain causing the stroke,” Maddox said. “All of this was just a freak thing. I guess I was the one in a million.”

In September 2014, Maddox had a mechanical mitral valve placed in her heart at another hospital; but she developed congestive heart failure shortly after arriving home and began to retain fluid. Caregivers drained 5 liters and then 4 liters of fluid near the heart, and she was twice placed on a ventilator.

“I had so much fluid retention that my right lung collapsed,” Maddox said. “I absolutely could not breathe from all the fluid.”

Ultimately, Maddox’s cardiologist in Tallassee found the culprit — a severe leak in the mitral valve and a moderate leak in the tricuspid valve. The leak caused her congestive heart failure and fluid retention.

“My heart just wasn’t working hard enough to circulate all of my fluids and blood,” Maddox said. “My blood was trying to flow backward because the valves were not functioning correctly. So in January, I was sent to Birmingham to see Dr. Alli.”

Once Maddox was at UAB, Alli performed percutaneous paravalvular periprosthetic leak closure using plugs originally designed to repair holes in children’s hearts. The procedure was first introduced at UAB in 2013. Alli closed Maddox’s mitral valve leak, which he said would help the tricuspid valve return to normal function too.

“Ever since Dr. Alli put the plug in and patched my valve, I’ve had no more fluid retention,” Maddox said. “My congestive heart failure has gone from a Class 4 to a 1. I have no problems whatsoever today. None at all.”

Alli performed the procedure by going through Maddox’s groin, similar to an angioplasty. Maddox says she felt no pain and the incision, which was about an inch long, healed “fabulously” and very quickly.

“I had a wonderful experience with my procedure, and it took care of three problems — patched the leak, eliminated my fluid retention and got the congestive heart failure under control to where it’s almost nil now,” Maddox said. “It’s hard to believe everything started for me a year ago, but I’ve recuperated wonderfully since I was able to get my heart valve repaired. The stroke paralyzed my vocal cords and right arm, but I’ve got full use of my right arm back. I can swallow again, and I just got my voice back two months ago. It’s been a miracle. Today, I can eat, talk, yell and holler, run around, use my arms and everything. God is good.”