by Tyler Greer
North Carolina resident Jerry Phillips has known since 2001 that he would one day need a kidney transplant. Fourteen years later, his need was fulfilled by a stranger and his transplant surgery performed by a friend.

When Jerry Phillips was 38 — years after feeling run-down and experiencing swelling in his extremities, hearing loss, high blood pressure and other issues — doctors were able to diagnose him with Alport syndrome. 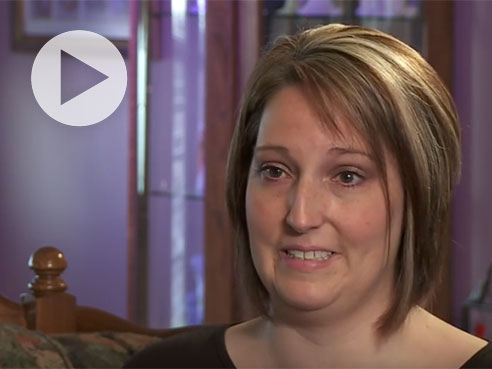 It is a genetic disorder that affects the tiny tufts of capillaries in the kidneys that filter waste from the blood, and those who have it will need a kidney transplant at some point in their life in order to survive. On Aug. 6 of this year, the 52-year-old Phillips received the gift of a new kidney at UAB Hospital as the 50th transplant recipient as part of the UAB Kidney Chain.

UAB News followed Phillips through his transplant journey until he met his donor — a Mississippi woman who was a complete stranger. This is his story. Phillips’ story is one of many challenging and inspirational ones highlighted at www.uab.edu/kidneychain.

Florida’s Derek Lambert shares what it meant to him to donate a kidney to help his friend, Mickey Little and save the life of a young mother. That young mother, Louisiana’s Allison Nelson, shared her lifelong battle with polycystic kidney disease and how her new kidney would enable her to be there for her children.

There  is also the story of Kasey Word, the daughter who decided to go through with the donation on her mom’s behalf, even though she knew her mom was likely going to die after her transplant from unexpected congestive heart failure. 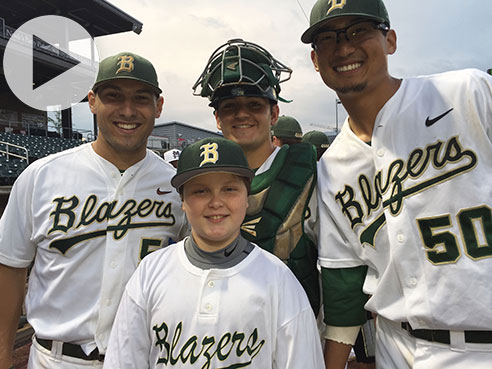 Bryson Burks and members of the UAB Baseball team.And then there is Bryson Burks, an 11-year-old Mississippi boy who was cared for by the UAB baseball team and Children’s of Alabama physicians with his own health struggles and led to start a foundation to help children on dialysis after his father passed away a couple of months after his transplant from an ultra rare kidney disease that affects two people per million in the U.S. each year.

UAB physicians say they have seen an increase in inquiries about transplants since ABC News aired its initial story on the kidney chain in July 2014, and due to the UAB Kidney Chain website and UAB Kidney Chain Facebook page.

If you are interested in becoming a living kidney donor, visit UABMedicine.org and fill out the Living Kidney Donor Screening Form today.