by Adam Pope
A new pilot study led by Shannon Morrison, Ph.D., is exploring the effects of a high-fat, low-carbohydrate diet with adequate protein in older persons living with HIV. 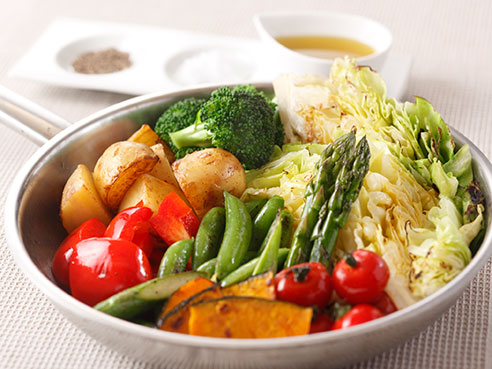 Poor cognitive function is a serious problem in the aging HIV-positive population, where it has been estimated that up to 59 percent of HIV-positive adults demonstrate at least mild cognitive impairment.

University of Alabama at Birmingham School of Nursing Assistant Professor Shannon Morrison, Ph.D., is exploring multiple effects of a ketogenic diet — a high-fat, low-carbohydrate diet with adequate protein — in medically stable, older persons living with HIV who have mild to moderate neurocognitive impairment.

The study, following previous encouraging research, is supported by a one-year, $60,000 grant from the UAB Center for Clinical and Translational Science.

“In the studies that have been conducted so far, the ketogenic diet has shown some promising results in improving cognition in other neurocognitive disorders,” Morrison said. “We’re hoping to see if the same or similar results will occur to the older, cognitively impaired HIV population. I am just thrilled at this opportunity and am preparing to begin recruitment in early January.”

A person consumes fewer than 50 total grams of carbohydrates per day on a ketogenic diet. When the amount of carbohydrates, or sugars, the body has to process for fuel is limited, it will start to break down fat and, as a byproduct of that fat metabolism, produce the ketones for which the ketogenic diet is named.

“What a ketogenic diet does is change the energy source the body uses for fuel for its activities,” Morrison said. “If you are not taking in much sugar, your body will start breaking down fat for energy, and a byproduct of the fat metabolism is ketone bodies. The body, including the brain, is then able to efficiently utilize ketone bodies for energy.”

This randomized control trial, “The Effect of a Ketogenic Diet on HIV-Associated Neurocognitive Impairment,” will compare the effects of a 12-week ketogenic diet versus a patient-choice diet on cognitive function and cardiovascular risks in 20 older persons with stable HIV disease. This study is a part of the National Center for Advancing Translational Sciences of the National Institutes of Health.

For this pilot study, half the participants will be randomly assigned to the ketogenic diet group and half to the patient-choice diet group. Baseline data will be collected as the starting point to look for changes that may be linked to improved cognitive function similar to what has been seen in people with other neurological disorders, including Alzheimer’s disease, Parkinson’s disease and epilepsy, who ate a ketogenic diet. In addition, five members of the ketogenic group will undergo functional magnetic resonance imaging after 12 weeks to examine changes in neural activity associated with consumption of a ketogenic diet.

“The ketogenic diet has shown to decrease systemic inflammation in Alzheimer’s and Parkinson’s diseases, as well as after a cerebral vascular injury and traumatic brain injury in patients,” Morrison said. “We hope that the ketogenic diet will reduce systemic inflammation that may reduce heart and diabetes risks as well as improve cognitive performance in HIV-positive individuals.”

Throughout the 12-week trial, those in the ketogenic diet group will be provided meals and snacks. The meals will be matched for energy content to maintain current energy balance and will consist of less than 50 grams of carbohydrates per day with the participants’ daily carb intake coming primarily from non-starchy, fresh vegetables.

Morrison hopes the results of this study will lead to a larger clinical trial down the road and ultimately to solutions that will help improve neurocognitive performance in older HIV-positive patients.

“We hope to find ways to help these individuals function more independently without adding more medication for them to take but rather through an improved diet,” she said.