by Adam Pope
Metabolism-based therapies such as the ketogenic diet have the potential to become a valuable adjunct to standard cancer treatment. 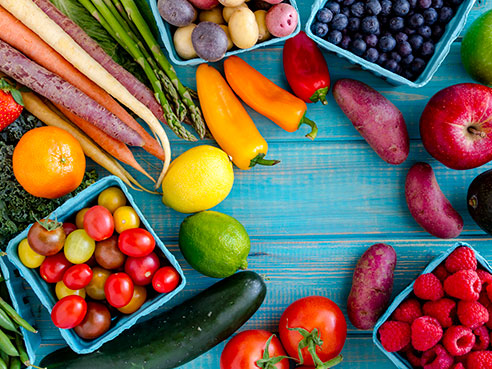 New research conducted at the University of Alabama at Birmingham has shown that a particular type of diet could help women with ovarian cancer to lose weight and improve their quality of life and cancer-related measures.

Animal models have proved successful, and now — thanks to a grant from the American Institute for Cancer Research — UAB researchers are conducting a potentially groundbreaking clinical trial to see if it can do the same in humans.

The trial, known as “targeted disruption to cancer metabolism through dietary macronutrient modification,” started in 2014 and is spearheaded by UAB School of Health Professions Professor and Vice-Chair for Research in the Department of Nutrition Sciences Barbara Gower, Ph.D.

“Many cancer cells have unique requirements for metabolism and growth that can be exploited for therapeutic purposes,” said Gower, who serves as director of the metabolism core for the Nutrition Obesity Research Center, the Center for Clinical and Translational Science and senior scientist at the UAB Comprehensive Cancer Center.

To proliferate, many cancer cells rely primarily on glycolysis, a process that generates only a fraction of the energy produced by aerobic metabolism — the creation of energy through the combustion of carbohydrates, amino acids and fats in the presence of oxygen — but supplies ample carbon for building infrastructure of new cancer cells. These cancer cells require high amounts of glucose to engage in mitosis and continued proliferation.

Sufficient glucose uptake is promoted by extreme sensitivity to insulin and insulin-like growth factor-1, called IGF-1, and is facilitated by elevations in circulating concentrations of these hormones.

In some cases, cancer cell metabolism is inhibited under conditions of aerobic metabolism, particularly when the body makes ketones, alternative fuels for the body, when it breaks down fat for energy during a process called beta-oxidation.

The unique environmental and nutritional requirements of cancer cells can be manipulated through dietary means for targeted disruption of cancer cell metabolism and growth. Specifically, by decreasing dietary glucose (sugar) and foods that are rapidly converted to glucose, an environment is created that does not favor cancer cell growth.

One type of cancer that is strongly associated with the metabolic environment is ovarian cancer.

Pre-clinical and limited clinical studies have shown that a ketogenic diet — one that is very low in carbohydrate-containing foods — can reduce dietary glucose, increase ketone production, and inhibit tumor size and progression.

During the 12-week trial, 66 participants will be randomized into one of two diets — the ketogenic diet and a diet recommended by the American Cancer Society that emphasizes a need for whole grains, fruits, vegetables, and meats and oils low in saturated fat. Participants will also be invited to attend a weekly 60-minute meeting at UAB’s EatRight Clinic. At the end of the 12 weeks, participants will have blood drawn and complete a small number of other tests. The study has already enrolled 11 participants.

Gower says there is an extreme need for new participants because the results could affect not just them, but people who will be diagnosed with ovarian cancer in the future. Participants also have the possible incentive of receiving a diet plan that might help with weight loss. She hopes the data recorded from this trial will give diagnosed patients an option that is an alternative or adjunct to chemotherapy and radiation.