by Bob Shepard
UAB neurologists have reported the first case study of a patient with a brain bleed linked to consumption of an energy drink. 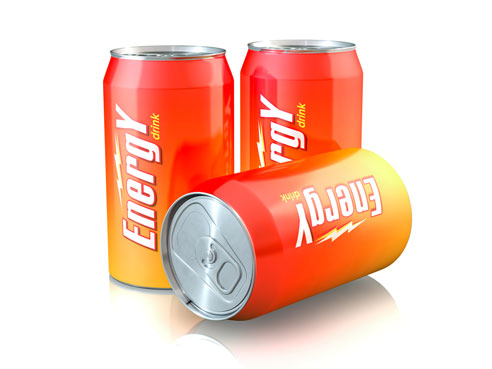 Venkatraman says the drink contains a high level of caffeine, along with a variety of other ingredients, many of which are associated with increases in blood pressure.Investigators at the University of Alabama at Birmingham have presented the first case study of a patient experiencing a hemorrhagic stroke — a brain bleed — following consumption of an energy drink.

In an article in press in the American Journal of Emergency Medicine, the UAB physicians detail the case of a 57-year-old man who developed an intracranial hemorrhage within 15 minutes of drinking a popular energy drink.

The patient presented at a local emergency department and was transferred to the stroke unit at UAB with symptoms of sensory changes (tingling and numbness) in the right arm and leg, along with ataxia (shaky gait and movement). A CT scan revealed a small hemorrhage near the left thalamus.

“The man reported that his symptoms began about 15 minutes after drinking an energy drink, the first time he had consumed this particular product, as he was about to do yardwork,” said Anand Venkatraman, M.D., a fourth-year resident in the Department of Neurology at UAB and the lead author of the study.

Venkatraman says the drink contains a high level of caffeine, along with a variety of other ingredients, many of which are associated with increases in blood pressure.

“This particular drink contains several supplements for which we have little understanding of their potential interactions with each other or with caffeine,” Venkatraman said. “One is structurally similar to amphetamines, and several are known to stimulate the sympathetic nervous system.”

The sympathetic nervous system regulates what is known as the “flight or fight” response. When faced with an urgent, potentially dangerous situation, the body gears up to either take extraordinary action (fight) or run away (flight).

“The body begins to marshal all of its resources to respond to the situation at hand — boosting strength and alertness, for example — in part by raising blood pressure to increase blood flow,” Venkatraman said. “For a patient who may be at risk for vascular disease, this increase in blood pressure could be potentially dangerous, as a rise in blood pressure can affect an already weakened blood vessel to the point that it ruptures.”

Ingredients in the drinks that are suspected to influence the sympathetic nervous system include β-phenylethylamine hydrochloride, yohimbine and green tea extract.

“These ingredients are supplements and, as such, are not regulated by the government to the same degree that medications are,” Venkatraman said. “We don’t have good information on dosing for some of these supplements. We don’t know how much is too much, for example, especially in populations with varying degrees of risk.”

Another issue is serving size. The manufacturer’s label says the bottle contains two servings, but the patient reported that he drank the full 8 oz. bottle at one time, a behavior that Venkatraman believes is common.

“The warning here is that we do not fully understand how some of these ingredients interact with other compounds,” Venkatraman said. “Nor do we have enough information on maximum dosages, especially for individuals with underlying health issues. Consumers need to be aware of the ingredients in the drinks if they choose to use them, and check with their physician if they have questions. They should also follow the manufacturer’s recommendations.”

In this case, the patient had a history of elevated blood pressure and was at increased risk for vascular disease. Several months after the incident, the patient reported that he still had some residual effects from the incident.

“I am not anti-energy drink,” Venkatraman said. “In fact, I use them myself on occasion. But I strongly urge consumers to read the label and be informed. Don’t take unnecessary risks with your health. There is potential for a serious outcome.”

Contributing authors to the study are Angela Shapshak, M.D., associate professor of neurology, and Ayaz Khawaja, M.D., now a fellow in neurology at Harvard Medical School.