by Adam Pope
For the first time in humans, it has been reported that eating early in the day lessens daily swings in hunger and changes the 24-hour pattern of fat oxidation and energy metabolism, which may aid in weight loss. 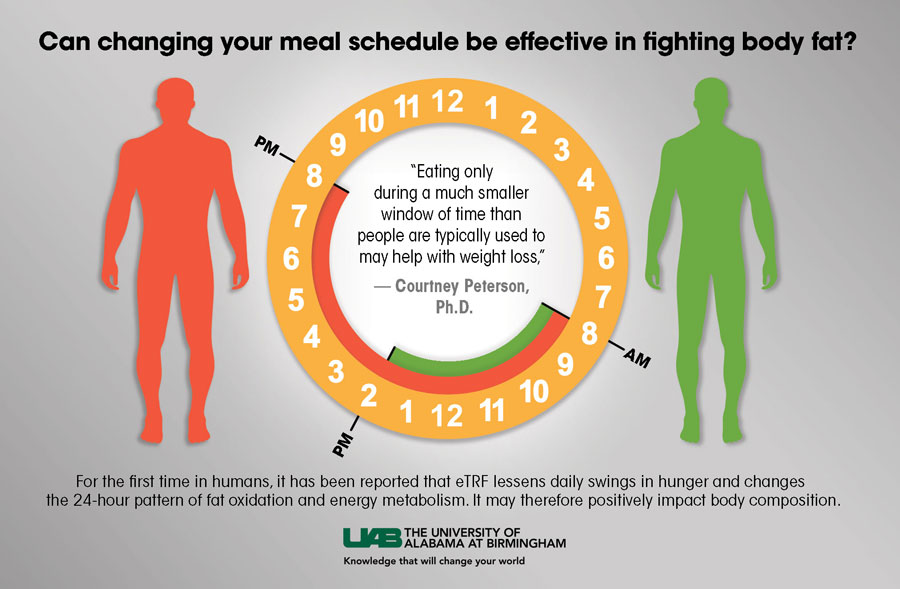 University of Alabama at Birmingham researchers are trying to find out whether changing a person’s eating schedule can help them lose weight and burn fat.

The first human test of early time-restricted feeding, or eTRF, found that this meal-timing strategy reduced swings in hunger and altered fat and carbohydrate burning patterns, which may help with losing weight. With eTRF, people eat their last meal by the mid-afternoon and do not eat again until breakfast the next morning. The findings were unveiled during a presentation at The Obesity Society Annual Meeting  at Obesity Week 2016  in New Orleans, Louisiana.

“Eating only during a much smaller window of time than people are typically used to may help with weight loss,” said Courtney Peterson, Ph.D., an associate professor in the Department of Nutrition Sciences at UAB. “We found that eating between 8 a.m. and 2 p.m. followed by an 18-hour daily fast kept appetite levels more even throughout the day, in comparison to eating between 8 a.m. and 8 p.m., which is what the average American does.” 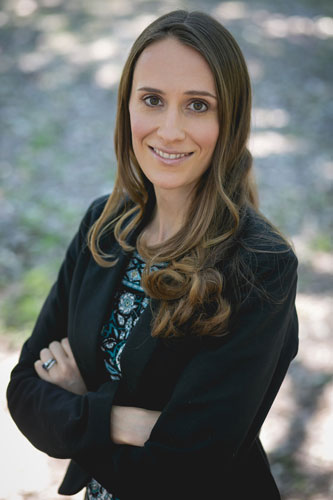 The human body has an internal clock, and many aspects of metabolism are at their optimal functioning in the morning. Therefore, eating in alignment with the body’s circadian clock by eating earlier in the day may positively influence health. This first test of eTRF in humans follows rodent studies of this approach to weight loss, which previously found that eTRF reduced body fat and decreased the risk of chronic diseases in rodents.

Researchers found that, although eTRF did not affect how many total calories participants burned, it reduced daily hunger swings and increased fat burning during several hours at night. It also improved metabolic flexibility, which is the body’s ability to switch between burning carbs and burning fats.

Whether eTRF helps with long-term weight loss or improves other aspects of health is still unknown. Peterson says that, because the human study involved only a small number of participants, a larger, more comprehensive study will need to take place.