by Adam Pope
UAB-led Research to appear in American Journal of Preventive Medicine suggests that linking electronic health records with social determinants of health and environmental measures could help researchers understand the causes of obesity and chronic disease and suggest strategies for addressing the disparities in these conditions. 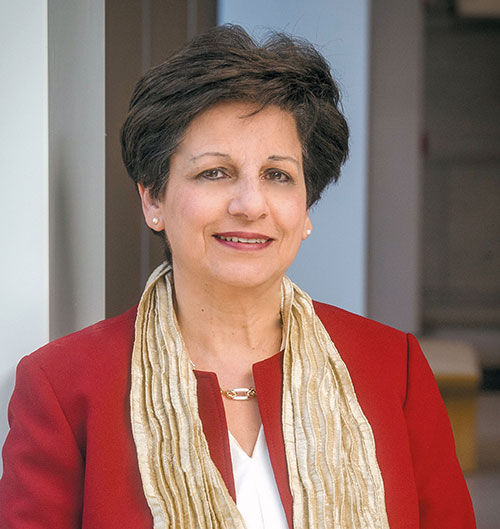 UAB Minority Health and Health Disparities Research Center Director Mona Fouad, M.D. The Mid-South Transdisciplinary Collaborative Center for Health Disparities Research has adopted a novel conceptual framework that considers the social context in which people live in order to understand the pathways and mechanisms that generate different health outcomes in obesity and related chronic diseases for people in vulnerable populations.

The Mid-South TCC published its findings to date in a special supplement to the American Journal of Preventive Medicine which includes 12 publications and reports findings from nine different studies.

One study examined the relationship between street connectivity – a measure of walkability for the local environment – and obesity risk using electronic health records. Linking electronic health records with social determinants of health and environmental measures could help researchers understand the causes of obesity and chronic disease and suggest strategies for addressing the disparities in these conditions.

Another publication in the AJPM supplement provided a clarification of the contributions of race, income, education and perceived discrimination to systemic inflammation measured by four biomarkers. The findings suggest that inflammation-reducing interventions should focus on African-Americans and individuals facing socioeconomic disadvantages, especially low education levels.

The work of the Mid-South TCC bridges biomedical and psychosocial research. This transdisciplinary approach places biological and behavioral factors in a social context, with the ultimate goal of identifying key intervention points for specific populations.

The Mid-South TCC is a consortium of academic and community partners in six Southern states, under the leadership of UAB’s Minority Health and Health Disparities Research Center. Funded in 2012 by the National Institute on Minority Health and Health Disparities to study the impact of social determinants of health, the Mid-South TCC investigates the critical periods in a person’s life such as prenatal, infancy, adolescence, and advanced age when the social context may be most impactful for shaping health.