by Tyler Greer
Watch a bleeding-control demonstration and join in with questions live as trauma surgeons show benefits of kits in public settings.

The places change, and the death tolls do, too — three at a marathon, eight on a New York City street, 26 at an elementary school, 27 in a church, 49 in a nightclub, 58 at a country music festival.

These nonsensical, violent attacks leave many people critically wounded and in need of immediate care with every second crucial to the injured, says University of Alabama at Birmingham trauma surgeon Jeff Kerby, M.D., Ph.D. In fact, Kerby says some of the deaths in these events could have been prevented after the incidents occurred with the right trauma equipment kits on-site to help survivors stop the bleeding from the injured. 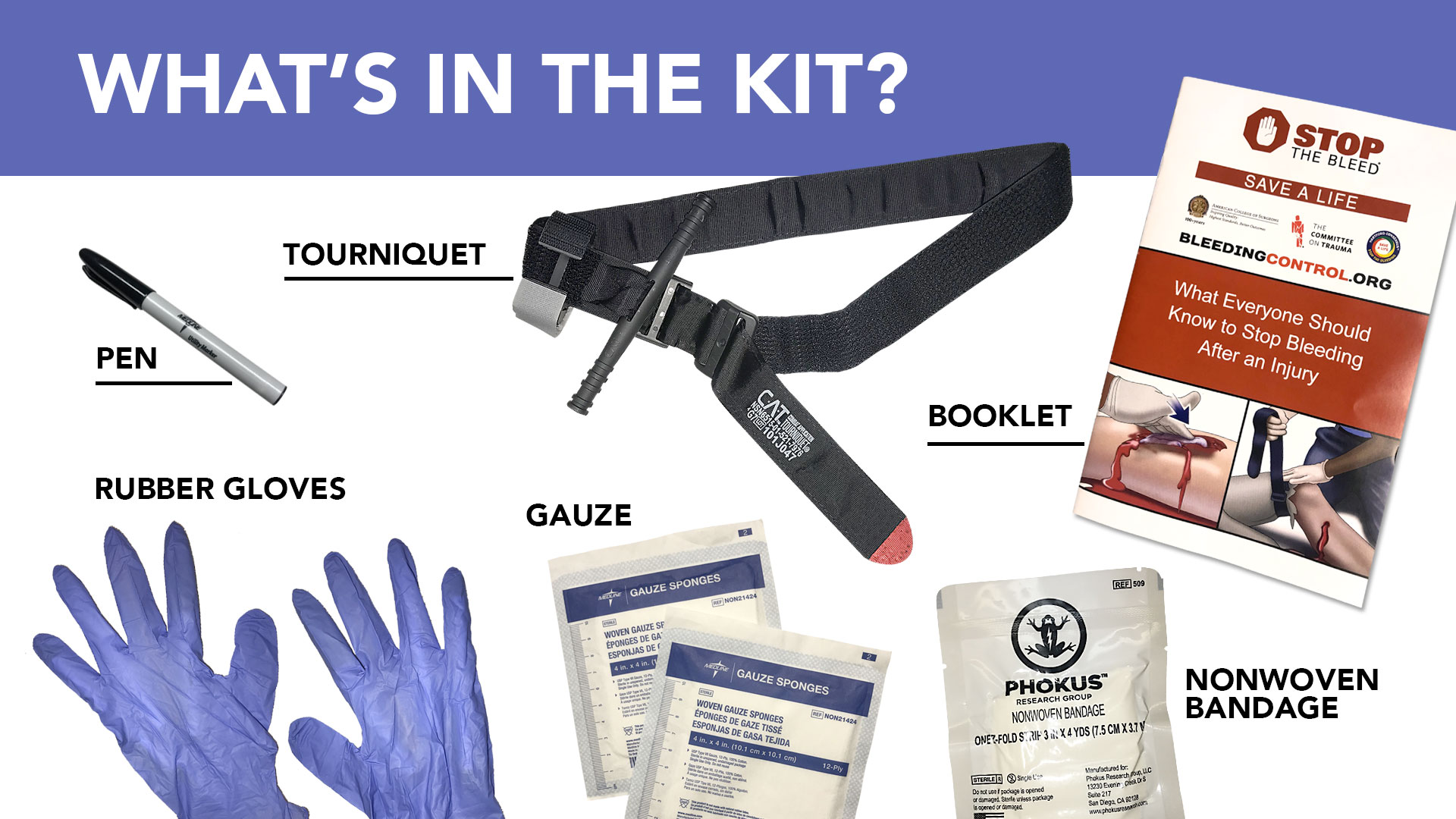 UAB joined the Stop the Bleed campaign in 2017, and provided on-site trauma kits and training at Homewood High School. At 1 p.m., Wednesday, Feb. 7, UAB News will broadcast Kerby and other medical personnel from our news studio via UAB’s Facebook page live as they demonstrate for the public how to use Stop the Bleed kits in the event of a mass incident. UAB physicians will demonstrate proper bleeding-control techniques, including how to use hands, and how to use dressings and tourniquets in the kits. The public is invited to join the event live and ask questions of Kerby about the potential value of these kits in an active situation and how your school or community can acquire them to have on hand in the event of an emergency.

“In events such as the shootings at the Pulse nightclub, in San Bernardino or Sandy Hook, we know that, in some cases, shooting victims bled out and died before first responders could arrive to perform emergency medical treatment,” said Kerby, director of the UAB Division of Acute Care Surgery in the School of Medicine. “With shooting scenes on lockdown and shooters still on the loose or unaccounted for, there is all too often a delay in emergency personnel’s reaching the injured.” 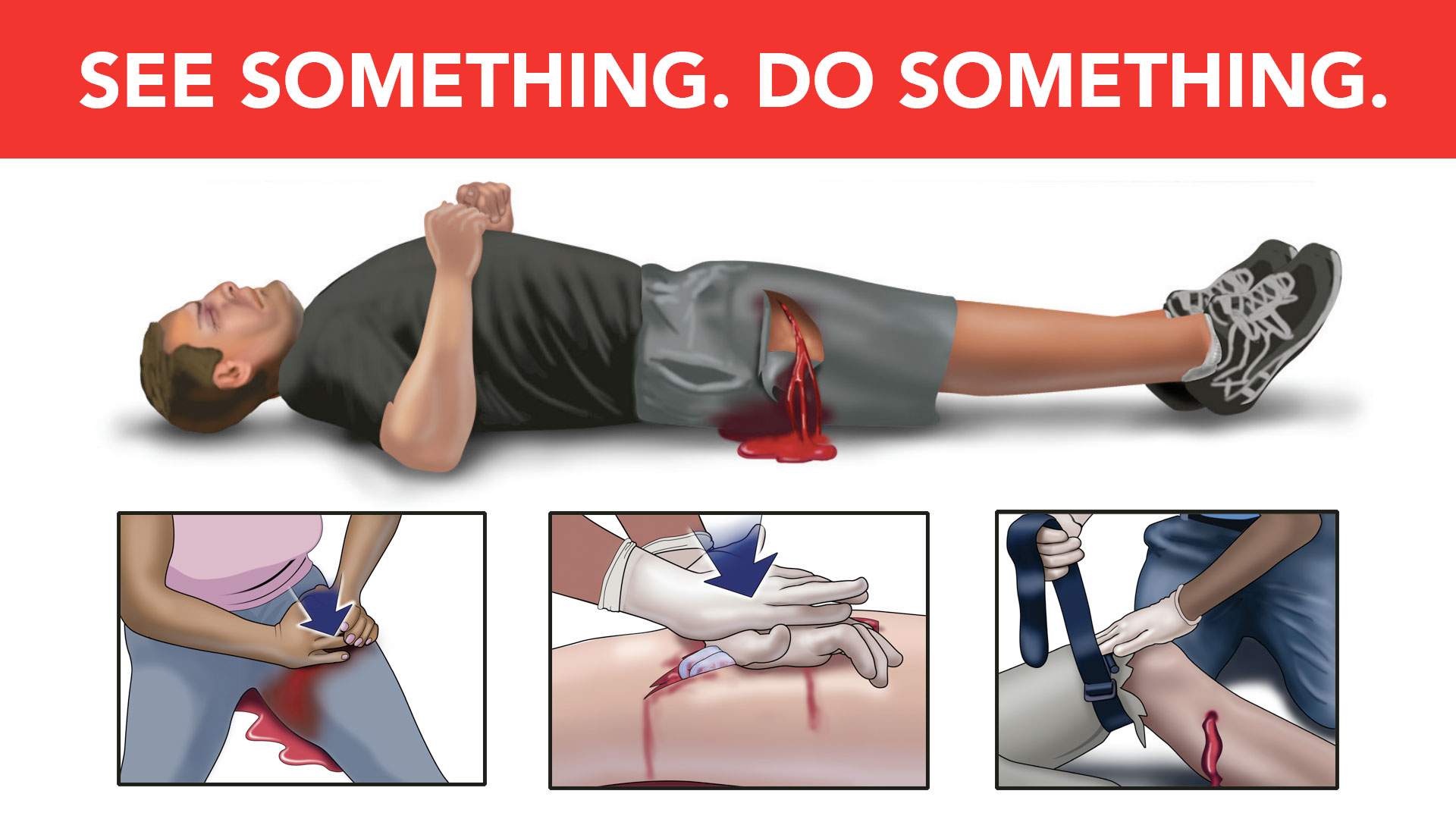 The Stop the Bleed campaign, organized by the American College of Surgeons and Hartford Consensus, points out that victims can quickly die from uncontrolled bleeding, as soon as five or 10 minutes after injury. The campaign aims to provide the general public with the knowledge and tools to respond quickly in the event of an emergency, even before trained professionals can arrive. Stop the Bleed is modeled after the very successful efforts to place AEDs — automated external defibrillators — in public places.

“Ideally, we’d like to see Stop the Bleed kits in courthouses, schools, theaters, stadiums and other public places just as we are now accustomed to seeing AEDs, and we need to provide training to the general public in the use of bleeding-control techniques,” Kerby said. “If the survivors are prepared and equipped to respond, they may be able to keep a victim alive until other resources are available.”

The tourniquet kits consist of a web and a hook-and-loop tape tourniquet with a windlass for tightening, along with gauze to pack a wound, gloves and basic instructions on bleeding control. The kits cost about $60. Kerby says he has trauma surgeons, nurses and emergency medical technicians ready to provide training; but he is missing one thing: more kits.

“We need a funding source to purchase more kits,” he said.