by Adam Pope
UAB researchers found that, from 2012-2014, Medicare was the primary payer for more than 90 percent of TAVR procedures. 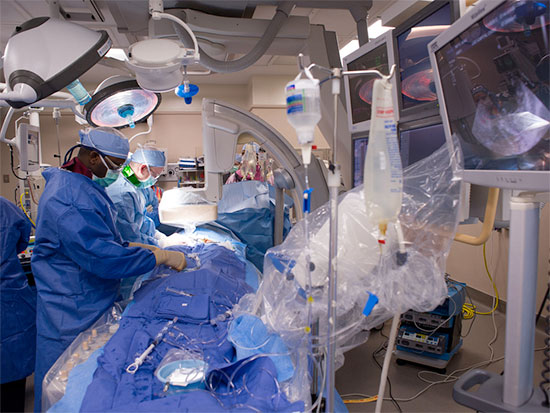 One of the biggest advances in cardiovascular disease during recent decades has been that TAVR has become the preferred treatment for severe aortic stenosis.New research shows that proposed cuts to Medicare spending — which covered nearly 90 percent of payments for transcatheter aortic valve replacement procedures from 2012-2014 — could impact the number of those cases performed in the future to treat severe aortic stenosis.

A team of researchers from the University of Alabama at Birmingham have published their findings in JACC: Cardiovascular Interventions using nationwide databases. The researchers evaluated the economic burden of transcatheter aortic valve replacement, a cost comparison between TAVR and surgical aortic valve replacement, and the implications of proposed Medicare cuts on the treatment of severe aortic stenosis — a disease of aging. Their findings estimated that the Medicare cuts may negatively impact the sustainability of TAVRs, less-invasive procedures that have proved to reduce the physical and monetary burden to patients.

“The Congressional Budget Office has predicted $473 billion in federal cuts on Medicare spending during the next decade,” said senior author Pankaj Arora M.D., assistant professor in the Division of Cardiovascular Disease. “Additionally, the Centers for Medicare and Medicaid Services has proposed roughly 6 percent in cuts on reimbursement for TAVR procedures starting from 2018. These policy changes will jointly create a stringent financial burden on Medicare beneficiaries seeking TAVR procedures.” 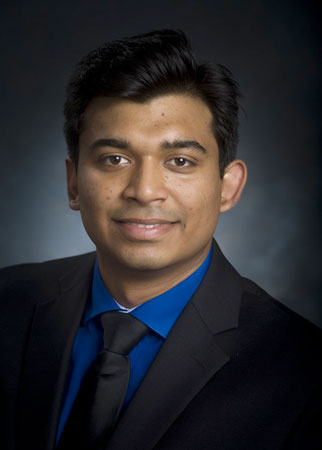 Patel, first author of the JACC: Cardiovascular Interventions study, designed and conducted the analyses for the study. Aortic stenosis is a life-threatening illness in which a progressive narrowing of the exit from the left ventricle makes it increasingly difficult for the blood to be ejected out with every heartbeat. Traditionally, SAVR — an open-heart surgery — was the treatment of choice in patients with severe aortic stenosis. One of the biggest advances in cardiovascular disease during recent decades has been that TAVR has become the preferred treatment for severe aortic stenosis in patients who are at high or prohibitive risk — for both patient safety and cost-effectiveness reasons.

UAB researchers utilized the largest in-patient database — the National Inpatient Sample — to summarize the cost of hospitalizations for the TAVR procedures by different primary payers from 2012 through 2014 in the United States.

Patel, first author of the JACC: Cardiovascular Interventions study, designed and conducted the analyses for the study.

“Our manuscript talks about the possible impact of health policy changes — like the proposed federal cuts — for patients with severe aortic stenosis,” Patel said.

In the paper, authors said that, because of recent advancements in TAVR technology and indications — including intermediate risk patients, a rise in the number of TAVR procedures is expected for the treatment of severe aortic stenosis. However, the economic burden of TAVR procedures in severe aortic stenosis has not been described, which was the scientific drive behind this research.

Arora added that Medicare beneficiaries may not be able to withstand anticipated cuts, and if cutting health care payments is inevitable, physicians need to make dedicated efforts to make sure lifesaving procedures such as TAVRs are not impacted. Authors emphasized dedicated efforts in customizing health care reforms by involving all the relevant stakeholders in restructuring of Medicare.