by Adam Pope
Funded by the Centers for Disease Control and Prevention, Parks Rx works to connect patients to more than 130 parks in Birmingham and surrounding communities where they can be more active. 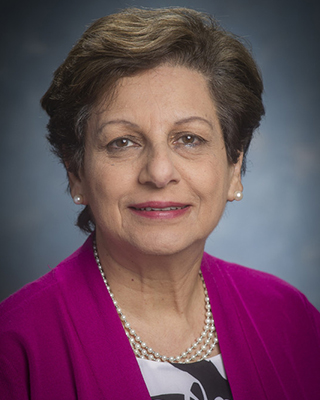 The award was presented at the 2018 SHIFT conference in Jackson Hole, Wyoming, where opinion leaders at the forefront of the “Outside Rx” movement are connecting outdoor recreation, public lands and public health.

“We are honored with this award,” said Mona Fouad, M.D., REACH principal investigator, professor and director of the University of Alabama at Birmingham Division of Preventive Medicine and director of the UAB Minority Health & Health Disparities Research Center. “We join our partners the Freshwater Land Trust, Jefferson County Department of Health, and Birmingham Park and Recreation, and our community volunteers in thanking The Jackson Hole Center and SHIFT for this recognition.”

SHIFT — Shaping How We Invest For Tomorrow — explores issues at the intersection of conservation, outdoor recreation and cultural relevancy. Each year, its researchers identify individuals, organizations or initiatives from around the United States that leverage outdoor recreation for conservation gains. This year, Parks Rx took top honors in the nonprofit leadership category for its impact, innovation and replicability.

Parks Rx equips providers with tools to reinforce counseling for healthy lifestyles for its patients, including referring them to the REACH website for outdoor places to exercise. Funded by the Centers for Disease Control and Prevention, Parks Rx works to connect patients to more than 130 parks in Birmingham and surrounding communities where they can be more active.

“Only 25 percent of American adults get the recommended amount of physical activity, and 29 percent don’t engage in any leisure-time physical activity at all,” Fouad said. “This sedentary lifestyle contributes to an increased incidence of obesity, which leads to chronic diseases such as high blood pressure, diabetes, heart disease, stroke and some cancers.”

Launched in September 2016, Parks Rx has provided 16,948 printed prescriptions to 9,580 adult and 7,368 pediatric patients — in English and Spanish — at the Jefferson County Department of Health. Parks Rx prescriptions include healthy living reminders and a web-based interactive map of more than 139 local parks where users can search by ZIP code for detailed park amenities such as operating hours, transportation routes, walking trail lengths, lighting and safety and even parking information. In 2018, Parks Rx was expanded to several dental clinics and a neighborhood pharmacy.

Permanent Parks Rx signs, featuring healthy living tips and a QR code directing users to the Parks Rx website, were installed in 92 Birmingham parks. The Freshwater Land Trust leveraged the initial success of Parks Rx and received funding from a local foundation to expand the program to parks in Jefferson County. The Jefferson County Department of Health installed a permanent Parks Rx kiosk in the lobby with park map printing capabilities.