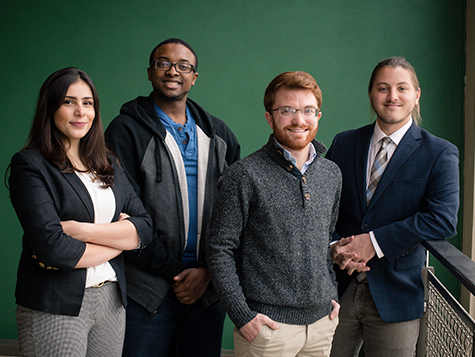 Sumner B. Harris, a doctoral student in the UAB College of Arts and Sciences’ Department of Physics, and Mark K. King, a doctoral student in the School of Engineering’s Department of Materials Science and Engineering, received fellowships ranging from $37,000 to $39,000 per year. Undergraduate scholarships ranging from $1,000 to $2,000 were awarded to Clinton A. Campbell, a physics and electrical engineering major from Mount Olive, Alabama; Retta M. El Sayed, a biomedical engineering major from Syria; Daniel G. Lowe, a computer science major from Alabaster, Alabama; and Joanna N. Schmidt, a physics major in the Honors College from Prattville, Alabama.

Founded in 1989, the consortium is a voluntary association of all seven research universities in Alabama along with other community colleges, educational outreach, industry and government.