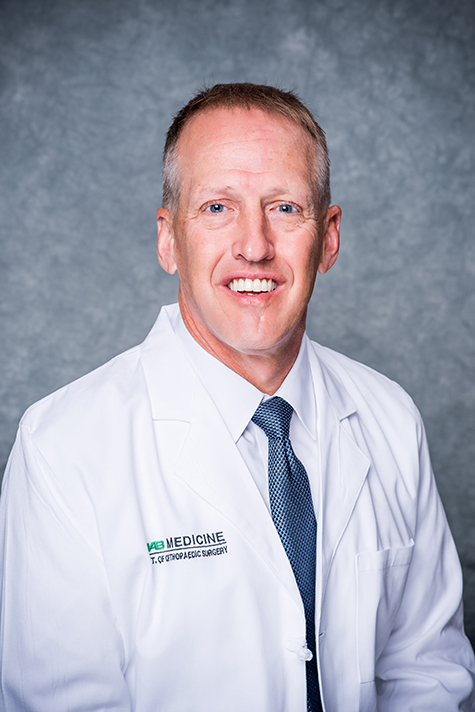 Theiss is a nationally renowned spine surgeon. He is board-certified in orthopaedic surgery and is a fellow of the American Academy of Orthopaedic Surgeons. He is also a member of the North American Spine Society, AOSpine and the American Orthopaedic Association, in which he has held numerous leadership positions. Theiss is regularly listed as one of the Best Doctors in America and has won several teaching awards, including the Kurt Niemann Faculty Teaching Award at UAB in 1996, 2003, 2005 and 2009. He has also directed numerous national and international educational programs.

“The Department of Orthopaedic Surgery is now poised to expand our programs and our contribution to the mission of UAB,” Theiss said. “I’d like to thank School of Medicine Dean Selwyn Vickers and other senior leaders for their investment in our young department.”

“We are confident Dr. Theiss will steer this important part of our school with the knowledge, skill and drive that have characterized his 24 years of service to UAB,” said Selwyn M. Vickers, M.D., FACS, senior vice president for medicine and dean of the School of Medicine. “He is a fantastic physician and leader, and we’re fortunate to have him guiding the development of our newest department.”

Theiss earned his medical degree from Northwestern University. He completed a residency in orthopedic surgery at University of Pennsylvania Hospital, where he served as chief resident. He followed that with a fellowship in spine surgery at the Minnesota Spine Center before joining UAB’s School of Medicine as an assistant professor in 1995.