by Beena Thannickal
UAB gynecologic oncologist Huh will serve in a leadership role within a national gynecologic organization. 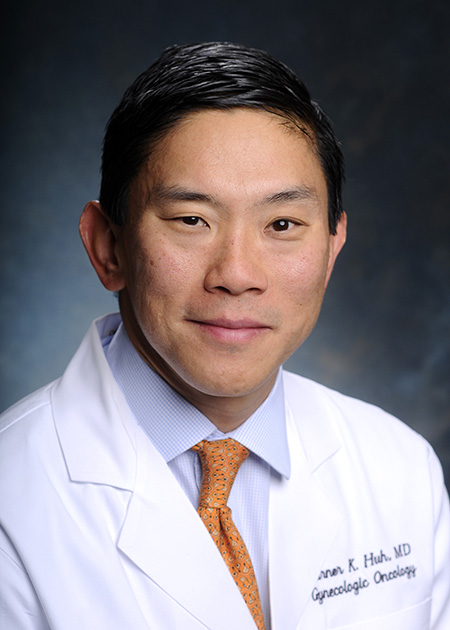 Warner K. Huh, M.D.Warner K. Huh, M.D., division director of the UAB Division of the Gynecologic Oncology and senior medical officer of the UAB Cancer Service Line, has been named the 51st president of the Society of Gynecologic Oncology. The Society’s mission is to promote excellence in the care of women at risk for or affected by gynecologic cancer through advocacy, education, research and interdisciplinary collaboration.

Huh will serve as the youngest president of the Society, a testament to his skill set, dedication to the field through research and patient care. Huh has been involved in various committees and task forces within the SGO since joining the Society in 2003, and he has been a member of the SGO Board since 2013.

“I’m excited to lead and serve as president of SGO and work with my peers across the country to execute SGO’s mission of eliminating gynecologic cancers,” Huh said. “We have a unique opportunity to maintain forward momentum in the fight against gynecologic cancers, and I am eager to see what we can accomplish in the next year.”

Huh is the sixth SGO president from UAB which speaks to the rich history and accomplishments of UAB’s gynecologic oncology program. He is preceded by Hugh Shingleton, Kenneth Hatch, James Orr, J. Max Austin Jr. and Ronald Alvarez. As a professor in the departments of Obstetrics/Gynecology, Surgery, and Epidemiology in the School of Public Health, Huh is also a senior scientist at the O’Neal Comprehensive Cancer Center at UAB. In addition, he holds the Margaret Cameron Spain Endowed Chair in the Department of Obstetrics and Gynecology.

“I am deeply thankful for the numerous opportunities to fully pursue my clinical research, educational and leadership interests, and SGO has been truly central to this,” he said. “As an outspoken champion for our Society, it has always been my goal and vision to make SGO one of the premier medical subspecialty organizations nationally and internationally, and to provide the best possible services and benefits to its members.”

Huh received his medical degree from Georgetown University School of Medicine in Washington, D.C., followed by a residency at the New England Medical Center (now Tufts Medical Center) in Boston, Massachusetts, and fellowship at UAB.