by Savannah Koplon
Researchers are spearheading efforts to understand the development of treatment-related health conditions in the context of accelerated aging. 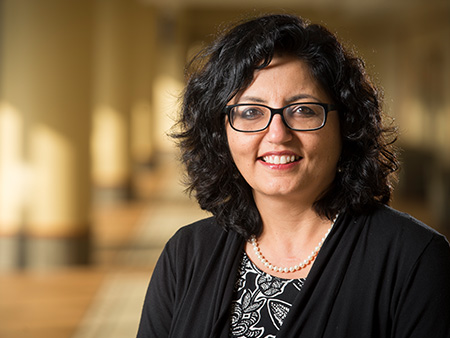 Researchers at the University of Alabama at Birmingham have been awarded a $6.38 million grant from the National Cancer Institute to determine the long-term burden of morbidity borne by blood cancer patients treated with or without blood or marrow transplantation, or BMT.

In 2018, an estimated 175,000 individuals were diagnosed with a hematologic malignancy — or blood cancer, such as leukemia, myeloma or lymphoma — in the United States. Such cancers are typically managed through high-intensity chemotherapy with or without radiation. Patients with progressive disease or high risk of relapse are treated with even higher-intensity chemotherapy/radiation and BMT.

“Survival rates after BMT are improving at the rate of 10 percent per decade — steady improvements in outcome have resulted in a growing number of BMT survivors, a population uniquely vulnerable to long-term life-threatening chronic morbidity,” said Smita Bhatia, M.D., principal investigator on the study, director of the Institute for Cancer Outcomes and Survivorship, and senior scientist in the O’Neal Comprehensive Cancer Center. “A better understanding of post-BMT health care needs could result in the deployment of targeted strategies that yield better quality of survival and reduced utilization of health care resources.”

In addition to ascertaining the burden of morbidity borne by blood cancer patients treated with or without BMT, study results will be used to understand the mechanisms and development of treatment-related health conditions in the context of accelerated aging, an outcome seen in cancer patients. Understanding how high-intensity treatment exposures used for BMT, such as chemotherapy and radiation therapy, cause late effects can help in the development targeted treatments for survivors.

“Accelerated aging is a constellation of criteria, one of which is the premature occurrence of the chronic health conditions that are typically seen in older populations,” Bhatia said. “It is not clear what contributes to accelerated aging — we speculate that both the cancer and its treatment do so, and we will be studying this in greater detail.”