by Alicia Rohan
Olivia Affuso, Ph.D., was taken to the hospital after being stung more than 50 times by the bees. 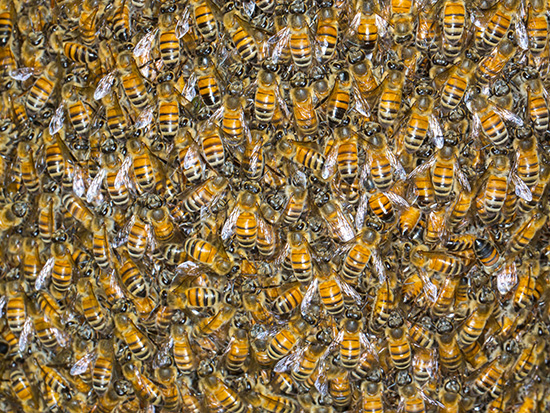 European honey bees may be in danger, but the Africanized honey bees, commonly called killer bees, are a danger – something a professor at the University of Alabama at Birmingham learned firsthand earlier this summer.

Olivia Affuso, Ph.D., was attending the American College of Sports Medicine’s annual meeting in Orlando, Florida, in June when she found herself in the middle of an attack of thousands of bees.

Affuso, an associate professor in the Department of Epidemiology at the University of Alabama at Birmingham School of Public Health, was walking to dinner with colleagues when she saw two workers outside of the conference’s convention center who were on a lift, 16 to 20 feet in the air, appearing to work on one of the center’s street banners. As she neared the men, she knew something was not right.

“At first, we saw them waving and heard the guys saying, ‘We have to get down from here!’” Affuso said. “I then saw that they were surrounded by bees that were stinging them relentlessly while they screamed for help.”

Affuso jumped into action, alerting a nearby police officer, as well as the lift operator, who was inside his truck and could not hear the workers’ calls for help. 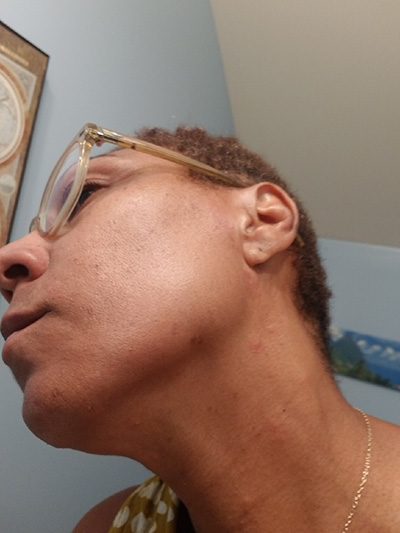 Affuso received more than 50 stings all over her body. 3rd picture (of the bees): Africanized honey bees are faster than European honey bees and can chase a person a quarter of a mile. “I told the police officer to call an ambulance, then the lift operator jumped out of his truck and ran over to the lift to lower his co-workers. As the lift neared the ground, I grabbed the onboard fire extinguisher and started spraying the workers,” Affuso explained. “The operator and I were both attacked as soon we approached the lift.”

Once the workers were on the ground, Affuso sprayed herself with the extinguisher then ran into the lobby of the convention center as the bees chased them into the building.

“As we ran, my colleague started swatting my head because there were more than a dozen bees in my hair and one in my nostril,” Affuso said. “Luckily, she was not stung, though many walking through the area were also stung.”

Doctors found more than 50 stings all over Affuso’s body.

“I felt like I was on fire,” she said. “I can only imagine what the two workers went through when I had that much discomfort, and I was only swarmed for about a minute.”

She later learned the workers survived.

A beekeeper happened to be at the convention center and identified the bees as Africanized honey bees.

Paramedics cared for Affuso and others in the lobby of the hotel shortly before the attack. She was later taken to the hospital.According to the United States Department of Agriculture, attacks by these bees can be life-threatening. They are 10 times faster than European honey bees and will chase a person for up to a quarter of a mile. Unlike other bees, the entire hive attacks when it feels threatened, causing up to 10 times more stings than stings from a European beehive.

The Africanized bees have been found in Florida, Texas, California and Arizona; but their populations are expected to increase in parts of the Southeast, according to the Smithsonian. Randy Hamann, Alabama’s chief apiary inspector, says they are not established in Alabama, yet; but the state is prepared and has trained emergency first responders in various parts of the state on how to treat and respond to attacks.

If a person encounters these bees, the USDA recommends pulling their shirt over their head to protect their face and continue running until they have reached shelter or have outrun the swarm.

Affuso remained at the conference; but due to the amount of venom from the bee stings, her head and neck became swollen two days after the attack, causing her to have trouble breathing and need additional medical treatment.

Asked if she would do it again, she said absolutely.

“I hope that someone else would do the same thing if I were in that situation screaming for help,” Affuso said. “I didn’t even think about it. I just acted instinctively.”