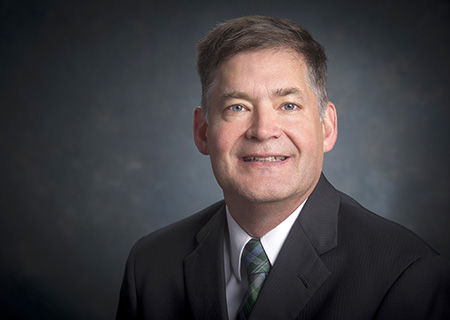 Curt Carver, Ph.D., vice president for Information Technology/chief information officerTwo leaders at the University of Alabama at Birmingham specializing in how the vast amount of information created by a modern society is managed and utilized have been named to the Alabama Commission on Artificial Intelligence and Associated Technologies.

Curt Carver Jr., Ph.D., vice president for Information Technology/chief information officer, and James Cimino, M.D., director of the UAB School of Medicine’s Informatics Institute, have been named to the commission, which was established by an act of the Alabama legislature earlier this year. It is charged with advising state leaders on the artificial intelligence industry and recommending policy on efforts to promote AI technology in Alabama. Alabama is only the third state in the nation to have a commission on artificial intelligence.

The commission’s 25 members all have professional qualifications in artificial intelligence, workforce development, technology or computer science.

“This is an exciting period of time for innovation, entrepreneurship and studying the long range potential of advanced technologies,” said state Senator Jabo Waggoner, sponsor of the AI legislation. “Alabama’s AI Commission is one of the first of its kind in the nation to address some of these issues. We are very proud that Alabama’s technology sector, workforce and advanced technology leaders rank very high in the nation. It is my hope that Alabama will be one of the national leaders in cutting-edge advances in technology.”

Carver was named VP and CIO at UAB in 2015, joining the university from the University System of Georgia, where he served as vice chancellor and chief information officer. Carver is the senior IT leader at UAB, providing the strategic management and vision to guide the future direction of IT in support of the administrative, academic and research missions of UAB, and overseeing the central IT organization in collaboration with the Health System Information Systems unit.

“Artificial intelligence will create new jobs and industries, and UAB is at the forefront of applying it to advance our students, faculty and researchers,” Carver said. “Governor Ivey’s commission creates the opportunity to thoughtfully explore artificial intelligence in Alabama so as to maximize economic development and minimize risk.” 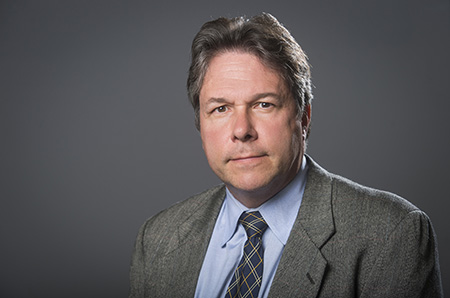 Cimino joined UAB from the National Institutes of Health and the National Library of Medicine. He is a national leader in the burgeoning field of biomedical informatics. He is one of the few informaticians in the prestigious Institute of Medicine and co-editor of the most influential textbook on informatics, Biomedical Informatics: Computer Applications in Health Care and Biomedicine, Fourth Edition.

“Alabama is tackling the issue of increasing the state’s AI workforce and AI utilization head on,” Cimino said. “Key areas of focus will be increased training of AI professionals and addressing the AI-related issues in health care. As the state’s leader in health care informatics, UAB will be a major contributor to guiding the state’s activities geared toward advancing training, attracting investment and applying technology to enhance biomedical research, as well as disease prevention and treatment.”

The commission begins work in October and is expected to issue a report to the governor and legislature in spring of 2020. Subcommittees will focus on areas such as state regulations, government oversight and potential legislative action; education and workforce development; health care and medical services; future and evolving industries, economic development, and research; and ethics, privacy and security.