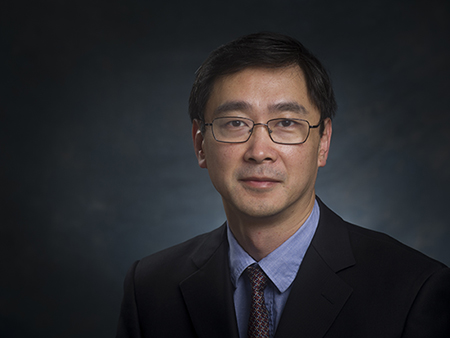 The ACMI recognizes those who have made significant and sustained contributions to the field of biomedical informatics. Incorporated in 1984, the ACMI has more than 400 fellows in the United States and worldwide. Chen is the third fellow at UAB and only the third in the state of Alabama, joining James Cimino, M.D., director of the UAB Informatics Institute, elected in 1992, and Eta Berner, Ed.D., professor in the School of Health Professions, elected in 1999.

Chen is also a professor in the Department of Genetics and a senior scientist in the O’Neal Comprehensive Cancer Center. He is a frequent grant review panelist for the National Institutes of Health, National Science Foundation and Department of Defense in bioinformatics.

Incorporated in 1984, ACMI dissolved its separate corporate status to merge with the American Association for Medical Systems and Informatics and the Symposium on Computer Applications in Medical Care when the American Medical Informatics Association was formed in 1989. The College now exists as an entity within AMIA, with its own bylaws and regulations.