1-2-3: From bachelors to masters to doctorate, Arora set to earn his third UAB degree

by Yvonne Taunton
Arsh Arora will graduate this fall with a doctorate degree in Interdisciplinary Engineering with a focus on cyber security. 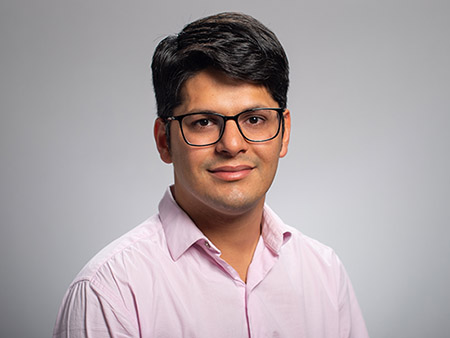 Arsh Arora Arsh Arora earned his bachelors in Information Systems in 2014 and a masters in Computer Forensics and Security Management in 2016 — both from the University of Alabama at Birmingham. On Dec. 13, Arora will walk across the UAB graduation stage one last time.

Arora will receive his doctorate degree in Interdisciplinary Engineering with a focus on Cyber Security from the UAB College of Arts and Sciences Department of Computer Science and School of Engineering during the annual UAB fall commencement ceremony in Bartow Arena. The event begins at 6:00 p.m. on Friday, Dec. 13.

Arora says his primary influence for selecting UAB as the place to pursue his academic dreams was because of his sister, Garima Arora, M.D., who is an assistant professor in UAB’s Department of Medicine.

“My sister introduced me to the wonderful Cyber Security program at UAB,” says Arora. “Upon my own research, I was astonished by how UAB received funding from Facebook to build the Facebook Suite for the fantastic work on a malware case. I inquired about the program and was attracted by the growth scope of the program. From there, I decided to pursue my career at UAB and devote myself to this institution for my bachelors, masters and doctorate degree.”

Originally from Delhi, India, Arora has spent the past six years in Birmingham, Alabama.

“I have continued working in the Computer Forensics lab, first as an analyst, and later as the supervisor of my malware analysis team, and then as the project manager at the lab for a contract with Wells Fargo Bank,” said Arora. “During this time, I took various courses taught by my mentor, Gary Warner, including Introduction to Computer Forensics, Investigating Online Crime, Cybercrime and Forensics, and Malware Analysis.”

Warner, UAB’s Director of Research in Computer Forensics, says that he refers to Arora as his right-hand man.

“I can always rely on him to assist in the lab, and as a guest instructor for my courses,” said Warner. “He also presents on my behalf at various conferences around the country.”

Arora has been actively involved with numerous malware investigations during his time in Warner’s lab. Arora has worked closely with other members of the security industry to support the FBI.

“My most significant contribution was my leadership to help fight the Kelihos Botnet,” said Arora. “For more than 18 months, I participated and lead a teleconference of international researchers who were all pooling their resources to try to defeat the botnet, which was, at that time, the number one source of malicious spam messages that could infect the recipient with malware.”

While this was the most successful case Arora has been involved with, he has also had the opportunity to work as support for a number of FBI Malware cases, both directly and as Warner’s assistant. Arora made significant contributions to fighting the “IcedID” or “Bokbot” malware family, and the “Trickbot” banking Trojan malware, both of which steal credentials to online accounts and attempts to drain funds from those accounts.

“I have also worked on many different ransomware malware families, sharing my insights with FBI case agents. On several occasions, we have stopped the fraudulent transfer of funds, which has lead to the identification and arrest of foreign criminals,” says Arora.

For his doctorate, Arora developed a phishing email training program for humans on how to safeguard themselves against phishing attacks. He plans to eventually make the video public to educate users around the world.

Arora also developed a machine-learning algorithm ‘RANtrace’ to protect against ransomware attacks in real-time. He also plans to make that tool available to the community and end-users soon.

Arora’s final thesis was titled “Towards Safeguarding Users against Phishing and Ransomware Attacks.” The goal of the research was to train individuals to protect themselves against phishing attacks.

After graduation, Arora will work as a Principal Information Security Engineer at Neustar in Sterling, Virginia.