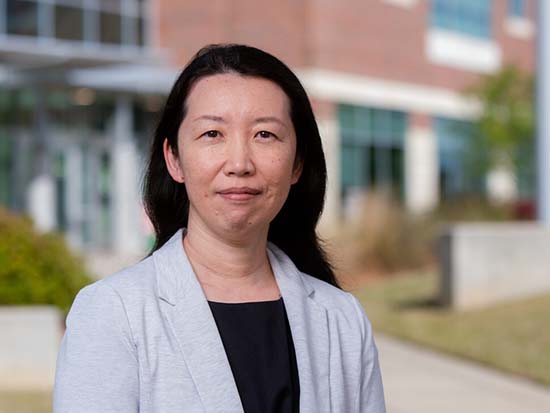 This award recognizes educators at the postsecondary level, including the community college, college and university levels. Nominees for this award should exemplify excellence in language teaching, leadership and advocacy.

Takamiya, assistant professor of Japanese in the College of Arts and Sciences’ Department of Foreign Languages and Literatures, helps students studying Japanese be engaged and become media literate, culturally competent, able to communicate effectively in Japanese and prepared for the challenges of an interconnected world.

“I was thrilled to learn that I was chosen as the 2022 Alabama World Languages Association Educator of Excellence,” Takamiya said. “AWLA is a very well-known and active organization supporting local foreign language and culture education. It is such a great honor, and I appreciate it very much.”

UAB students studying Japanese have long expressed their deep appreciation for the difference their professor has made in their academic lives, says Associate Professor of French Catherine Daniélou, Ph.D. Takamiya’s teaching is exemplary and innovative, says Professor of Spanish Lourdes Sánchez-López, Ph.D.

“She sets high expectations from all her students by giving only the best of herself as a language and culture teacher,” Sánchez-López said. “Dr. Takamiya has deep knowledge of current methodologies, carefully planning to align her course content with best practices. She is an exceptional, caring teacher.”

Click here to apply for a bachelor’s degree in Japanese.

“Learning the Japanese language is a great opportunity for UAB students because Japan is a top world economic power, next to the United States and China,” Takamiya said. “There are job opportunities in both the U.S. and Japan if students know the Japanese language and culture. Many of our alumni are now working in Japan, teaching English, or working at automotive companies, videogame and anime production companies, working as a professional interpreter/translator, and more.”

Many UAB alumni are working for Japanese companies located in Alabama, such as Honda, Dai-ichi Life Holdings Inc., the parent company of Protective Life, Toyota, Matsuda, Daikin and more. There are also students in medical school at UAB, and as physicians they will be able to serve local Japanese communities.

“I hope we will create a strong Japanese major program, and our future alumni will successfully establish their careers using the Japanese language and their cultural knowledge,” Takamiya said.

The Alabama World Languages Association is the state’s voice for world language education.

The mission of the AWLA is to motivate educators to contribute to and to advocate for improved world language education for all students at all levels.