Changes in how medical codes are assigned means a chance for UAB  health information faculty to teach coding professionals at hospitals. 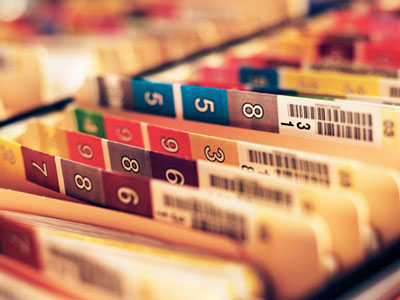 For Joan Hicks, the one-year delay in the compliance deadline for the nationwide conversion to an updated International Classification of Diseases system, ICD-10, was a relief. As chief information officer for the University of Alabama at Birmingham (UAB) Health System, Hicks has a lot of behind-the-scenes work to get done before UAB implements a 5,037 percent increase in hospital procedure codes by Oct. 1, 2014.

“We have to change out two systems that support health information management and then add two new management systems,” says Hicks. “Also our primary clinical system that supports the Health System will require a major upgrade, which is scheduled for March 2013.”

The ICD (International Classification of Diseases) system identifies and creates numeric codes for diseases, signs and symptoms, and abnormal findings. It is used in hospitals and physician’s offices for statistical and reimbursement purposes. The coding and classification system for diseases in the U.S. has not been updated in more than three decades, while Canada and European countries have already implemented a new system that is similar to ICD-10.

One new feature in ICD-10-CM (the “clinical modification” used in diagnosing disease) is the use of laterality. A coder can specify which hand — left or right — is injured, for example. With the new features, however, the number of codes in use will rise sharply.

“We have approximately 24,204 codes, but that will increase to more than 1.2 million,” Hicks says.

Training Hicks’s staff on the ICD-10 are faculty in the Health Information Management (HIM) program in the School of Health Professions. Faculty members Kay Clements, Robert Garrie and Midge Ray have all been certified as trainers. They have just completed a review of anatomy and physiology for the UAB HIM coders.

“The new coding is more granular, which requires coders to have a more detailed knowledge of anatomical sites for the various body systems,” says Clements, director of the HIM program in the Department of Health Services Administration. “They have to be specific in their coding, such as specifying the tendon, nerve or even the part of the bone that has been injured.”

Now that the preparatory anatomy and physiology training is done, the UAB coders are learning the official guidelines and rules for coding in ICD-10-CM. They meet twice a month for face-to-face lectures, and then complete online assignments on alternate weeks.

Hicks says the coders have enjoyed learning and would not have gone anywhere else for training.

“It just makes sense to learn from UAB faculty,” says Hicks. “We want to support and collaborate with the School of Health Professions, and we have confidence in their ability. It’s a win-win for UAB.”

The UAB coders will take their final exam on ICD-10-CM in July. In August, they will begin practicing for a year on their own inpatient records for the implementation date of Oct. 1, 2014. In addition, in September 2013, they will begin training on ICD-10-PCS, the new procedural coding system, which will replace ICD-9-CM procedural codes on Oct.1, 2014.