Tucker had previously served as chair of another American Psychological Association board. 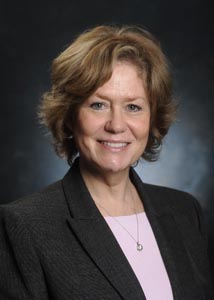 Jalie A. Tucker, Ph.D., M.P.H., professor and chair of the UAB Department of Health Behavior in the UAB School of Public Health, has been elected the 2013 Chair of the Board of Scientific Affairs (BSA) of the American Psychological Association (APA). BSA is responsible for encouraging, developing and promoting psychology as a science. BSA is the primary advisory body to the APA Science Directorate, and members represent the broad range of areas within the discipline.

Tucker previously served as member and chair (2004) of the APA Board of Professional Affairs (BPA), another major association board responsible for recommending and implementing APA policy, standards and guidelines for the profession of psychology, as well as for fostering the application of psychological knowledge to promote public welfare. She joins a very small number of scientist-practitioner clinical psychologists who have served as members of both BSA and BPA.

Tucker has held other APA positions, including as president of Division 50 Addiction Psychology (1993) and as a four-term member of APA’s governing body, the Council of Representatives (1998-2003 and 2007-12).

APA, the largest association of psychologists worldwide, has more than 150,000 members and 54 divisions in subfields of psychology. The mission of the APA is to advance the creation, communication and application of psychological knowledge to benefit society and improve people’s lives.