The University of Alabama at Birmingham School of Nursing Professor and Assistant Dean for Program Evaluation Anne Alexandrov, Ph.D., R.N., CCRN, FAAN, will receive the Flame of Excellence Award from the American Association of Critical-Care Nurses (AACN) at its 2013 National Teaching Institute & Critical Care Exposition in Boston, May 18-23, 2013. 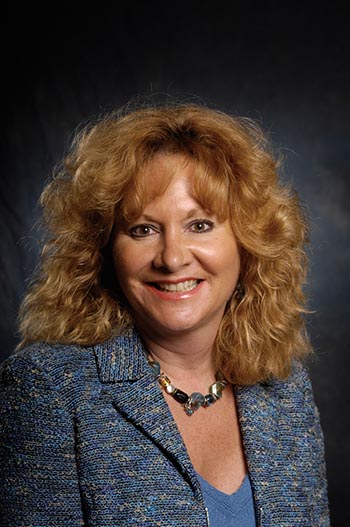 AACN’s Flame of Excellence Award honors sustained contributions to acute and critical care nursing at a high level and with broad reach. Considered the leading international nursing authority on acute stroke management, Alexandrov is a clinical expert in the areas of emergency and critical care nursing, with concentrations in neuroscience and vascular dynamics. In addition to her position with the UAB School of Nursing, Alexandrov has a joint appointment as a professor of neurology at the UAB Comprehensive Stroke Research Center.

At UAB, Alexandrov developed the world’s first postgraduate fellowship training program for advanced practice nurses (APN) in acute stroke, and she has mentored more than 100 APNs in the United States and abroad. She is program director for NET SMART, a federally funded, collaborative educational program between UAB and Arizona State University, providing Internet-based education and training for APNs as primary emergency responders for acute stroke.

She has authored numerous original scientific publications related to her work in stroke reperfusion and blood flow augmentation strategies, stroke center development and credentialing, and outcomes measurement and management. Her book, “Outcomes Management: Applications to Clinical Practice,” has been rated by readers as the definitive source for starting and enhancing an outcomes measurement and management initiative, and it was awarded the 2001 American Journal of Nursing (AJN) Book of the Year Award.

In addition to her service as AACN’s 1999-2000 president, Alexandrov was the first nurse member of the U.S. Food and Drug Administration’s Neurologic Device Approval Panel, as well as a member of the National Quality Forum Steering Committee on Safe U.S. Health Care Practices and the American Stroke Association’s Executive Leadership Board. She also developed the reviewer role for The Joint Commission’s Stroke Center Certification Program and conducted the first 20 reviews of hospitals competing for this recognition.

Alexandrov serves on the Board of the Commission on Collegiate Nursing Education for the American Association of Colleges of Nurses, as well as the National Quality Forum’s Physician Practice Standardization Steering Committee, the Consensus Standards Approval Committee and the Stroke Technical Advisory Panel.