UAB professor’s textbook still published after quarter of a century

by Jim Bakken
The book, which was first published in 1990, includes an in-depth look at famous past medical ethics cases. 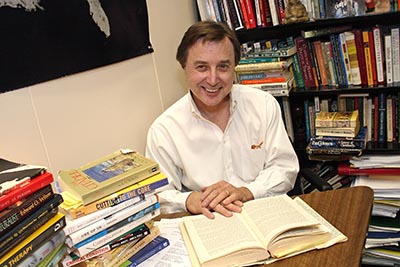 In January 2014, McGraw-Hill will release the seventh edition of “Medical Ethics: Accounts of Ground-Breaking Cases,” a textbook by Gregory Pence, Ph.D., professor and chair of the Department of Philosophy. This is the 25th year the text is being published, a feat in academic publishing.

The book, which was first published in 1990, includes an in-depth look at famous past medical ethics cases, such as those of Karen Quinlan, Terri Schiavo and Ana Pou. The latest edition contains new chapters on the Affordable Care Act and intersex and transgender persons, as well as enhancements in medicine. The text is used in undergraduate courses, medical and law schools, and graduate programs in public policy and health administration. It has been translated into Japanese, Korean, Chinese and Serbo-Croatian.

Pence follows up on famous cases five, 10 and 20 years later, and it is this in-depth, case approach that has allowed the book to remain relevant, “and because their results so often surprise us,” he said.