by Meghan Davis
Interviews with participants in prisons and halfway houses was used to capture data on the experience of religious conversion and the ways it altered attitudes and behaviors. 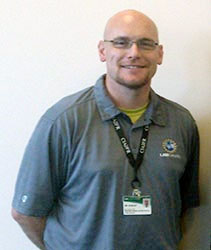 It is not uncommon for prison inmates to claim that a spiritual experience has changed their nature and made them a better person. Kent Kerley, Ph.D., associate professor in the University of Alabama at Birmingham Department of Justice Sciences, has heard these stories and examined religion-based programs to discover the effect they have on inmates who are still imprisoned.

His findings will be published next month in his book, “Religious Faith in Correctional Contexts.”

“I wanted to understand the ‘lived experience’ of faith in these situations,” said Kerley, who spent a decade visiting correctional facilities in Alabama and Mississippi, gathering and analyzing the stories of inmates. “The early research was all about recidivism. My thinking is that’s conceptually backward. Before we try to understand the way religious faith can reduce recidivism among those released, first we need to understand ‘What does it do for them, if anything, while they are incarcerated?’ There is not enough quality data to determine success rates of most faith-based programs, so I tried to answer the question ‘What does it mean to be a person of faith in the prison environment?’”

Religion can be a polarizing topic among the general public and in academia, Kerley says, and he found a lack of rigorous social science studies when his research began.

“I treat religious faith as a social force, which means it can be conceptualized and operationalized,” Kerley said. “The supernatural aspects of faith can make it difficult to study, but there are many sound ways to measure this concept. For me, social science is all about making sense of complex structures, people and contexts.” 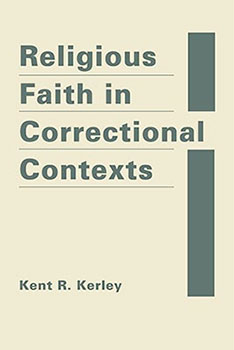 Kerley interviewed 203 participants in prisons and halfway houses, as well as chaplains and volunteers, to capture data on the experience of religious conversion or renewal and the ways it altered their attitudes and behaviors.

“The overarching theme of the research is how something supernatural gets translated into how you deal with being in prison or in a halfway house,” Kerley said. “The major focus for those I interviewed was on their making dramatic changes in identity. When inmates have this new experience, it’s as though they recast their past. Instead of thinking in terms of regrets, their criminal past somehow led them to the present. Embracing faith made most of them hopeful that they could make real changes in their lives.”

Along with emotional changes, religion seems to offer inmates a new social context in which to declare their new sense of identity to others, Kerley learned.

“It creates a new framework and a new set of social relationships,” he said.

He was surprised to find that male inmates valued social settings more than did female inmates, who tend to create familylike groups.

“The group context is very powerful, especially for the men,” Kerley said. “Male inmates seem to prefer small- and big-group interaction as opposed to praying by themselves or reading scripture by themselves. That’s what sustained them. Interestingly, female inmates were more interested in personal time. Many women talked about what a struggle it was in group religious settings.”

Despite religious inmates’ sense of being a new person, Kerley found them to be realistic about their opportunities for success outside of incarceration. Recidivism rates are high; according to the Bureau of Justice Statistics, two-thirds of people who are released from prison will be rearrested within three years.

“They were surprisingly realistic about their opportunities for success in the future,” he said. “They knew there would be challenges in getting a job and in restoring relationships. I didn’t hear a lot of Pollyanna-type approaches.”

Kerley found that, while some programs focus on increasing the number of attendees or volunteers, others encourage inmates to take on leadership roles within the correctional religious community or offer inmates continuing social support as they leave correctional facilities.

The book is available for preorder on Amazon.com.