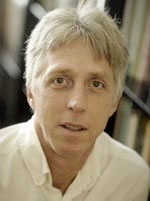 Chris Kyle, Ph.D., a University of Alabama at Birmingham associate professor of anthropology has been awarded a $40,000 research grant from The Harry Frank Guggenheim Foundation. The foundation sponsors scholarly research on problems of violence, aggression and dominance.

The award will partially fund a yearlong sabbatical during which Kyle will write a book on the spatial analysis of criminal violence in Guerrero, Mexico.

Kyle’s research examines violent crime in a state that, although the size of West Virginia, has seen more than 11,000 homicides since 2007. As part of his analysis, he has created and maintains a database of homicides within the area. Using GIS mapping software, he is able to plot events on a map and to analyze spatial and temporal patterns in the incidence of violent crimes. This is among the first and most ambitious attempts to understand varying ways organized criminal violence in contemporary Mexico is embedded in the specific social settings in which it occurs, Kyle says. 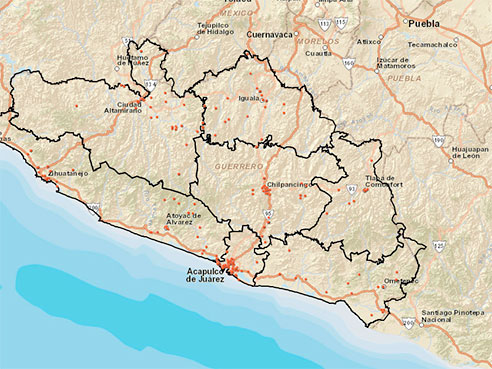 Kyle draws from press reports, blogs and other sources to build these records that include: thousands of homicides, hundreds of arrests, violent confrontations among civilians and security forces, drug and weapons seizures, marijuana and poppy eradication efforts, and scores of kidnappings, extortion demands and instances of population displacement.

During his sabbatical, Kyle will examine “regional variation in the incidence of violent criminality and the comparative efficacy of the various state and non-state strategies that have been adopted to suppress it.”

He hopes his research will allow others to understand the underlying causes of the violence and its impact on social life in Mexican communities, and possibly lead to effective strategies to eradicate it. He also sees his database as a way to help families of missing persons and homicide victims get information, and possibly closure, in their loved ones’ cases.