by Bob Shepard
The UAB School of Health Professions continues to expand into international education and names two faculty to leadership positions. 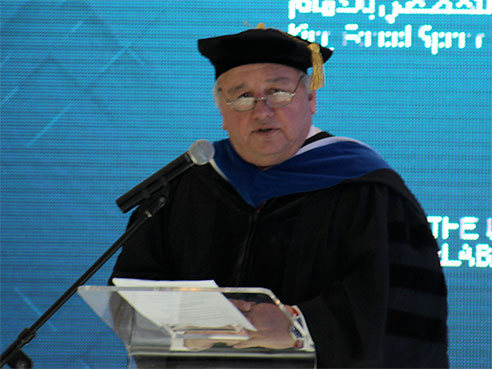 Hernandez, who also serves as professor and program director of the Doctoral Programs in Administration-Health Services, has long been recognized for his work in international education. For decades, he has conducted health care research and education abroad, ranging from analyzing physician choices in the Ukraine to teaching hospital administration in Saudi Arabia.

Celaya, who received her graduate degree in international business from the University of Salford, England, has been involved with the HSA International Education Programs since 2008. In addition to running operations for the Executive Master’s Program in Saudi Arabia, she has co-led international health system visits to countries such as Brazil, the United Kingdom, Spain, France and Switzerland.

The School of Health Professions’ first foray into international education began in the 1980s with partnerships in China and the Middle East. In 1984, Howard Houser, Ph.D., professor emeritus in the School of Health Professions, was tapped to lead UAB’s efforts to help the Chinese government with health service administration education. Since then, he has hosted more than 100 visiting students, scholars and medical delegations from China.

Today, the International Education Programs have grown to include Eastern Europe, Scandinavia, South America and more. The School’s faculty and students have studied health care on every continent except Antarctica.

Most recently, a joint partnership between the department and King Fahad Specialist Hospital–Dammam graduated its first class of Saudi Arabian hospital administrators in late 2013. In 2014, that Executive Master of Science in Health Administration graduating class established the UAB–Kingdom of Saudi Arabia (KSA) Alumni Chapter. It is the first UAB National Alumni Society chapter established in the Middle East.