by Tyler Greer
School of Health Professions’ master’s in health administration program moves up three spots to No. 2 in the United States. 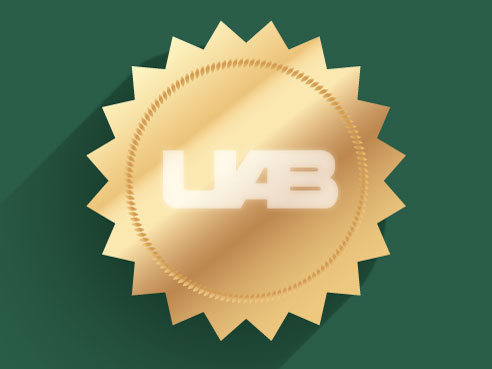 U.S. News & World Report ranks six schools and programs at the University of Alabama at Birmingham among the nation’s Top 20, including five programs and schools that moved up several spots from one year ago. The latest rankings were released in the 2015 edition of “America’s Best Graduate Schools,” available online at www.usnews.com.

The Master of Science in Health Administration in UAB’s School of Health Professions leapt three places to No. 2 in this year’s ranking, the highest UAB ranking registered. The School of Nursing master’s program moved up eight spots to 13, and its Nursing and Health Systems Administration program moved up one spot to 9. Other programs that moved up the rankings were Physician Assistant Studies in the School of Health Professions, up to 16 from 25, and Primary Care in the School of Medicine, up to 17 from 22.

“These rankings recognize the great work being accomplished by the faculty, staff, students and leadership in each of these areas and in many other areas of campus,” said UAB President Ray L. Watts. “Our schools and programs are reaching exciting milestones due to the hard work, dedication and support of many and are a positive reflection on the high quality of education provided at UAB.”

Each year, U.S. News & World Report ranks professional-school programs in business, education, engineering, law and medicine. This year, U.S. News introduced its first annual expanded ranking of master’s programs in nursing. The rankings are based on expert opinion about program quality and statistical indicators that measure the quality of a school’s faculty, research and students. Indicator and opinion data come from surveys of more than 1,900 programs and some 13,700 academics and professionals in all five areas of the rankings. The surveys were conducted in fall 2014 and early 2015.

The magazine also ranks programs in the sciences, social sciences and humanities on a rotating basis, usually every three years. These rankings are based solely on the ratings of academic experts, as are the health specialties.