by Jim Bakken
Joining the likes of Bono and Bill Clinton, UAB space archaeologist Sarah Parcak — often called the real-life Indiana Jones — will receive $1 million and help from the TED network to make her world-changing wish come true. What will her wish be?
Written by Erin Allweiss: 202.446.8265 or erin@thenumber29.com. 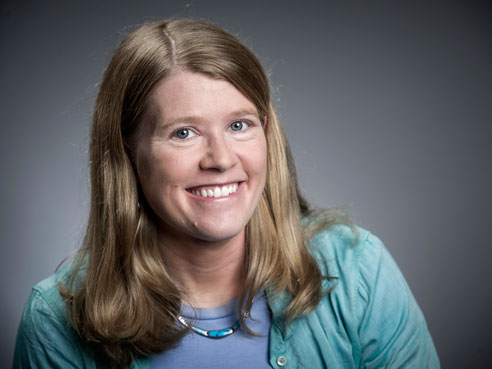 TED has announced Sarah Parcak as the winner of the 2016 TED Prize. Often described as the modern day Indiana Jones, Parcak uses infrared imagery from satellites to uncover ancient archaeological sites. A pioneer of space archaeology, she has earned acclaim for being among the first to apply satellite imaging to locate archaeological sites in Egypt.

Each year TED, the nonprofit devoted to Ideas Worth Spreading, awards the TED Prize to one exceptional individual and gives them the chance to conceive and launch a high-impact project—“a wish” offered to them without restriction. Parcak will receive $1 million from TED to launch her wish, and the opportunity to call on TED’s global community of innovators, entrepreneurs, and TEDx organizers to participate in fulfilling the wish.

Parcak is the first TED Fellow to receive the prestigious prize in its eleven-year history. A professor at the University of Alabama at Birmingham — where she founded the Laboratory for Global Observation — and a National Geographic Fellow, Parcak gained international attention for satellite mapping all of Egypt and unearthing 17 potential unknown pyramids (adding to the 138 known ones), 1,000 tombs and 3,100 settlements. She and her team have since uncovered thousands of additional ancient sites across Europe, the Mediterranean, and the North Atlantic, and also have used satellite technology to map extensive looting in post-Revolution Egypt.

Between now and the 2016 TED Conference (Feb 15-19 in Vancouver, BC), Parcak will work with TED to share an audacious wish that builds on her success – sharing her vision live from the TED stage on February 16. The talk will be broadcast for free via tedlive.ted.com/webcasts/2016.

“TED is committed to the ancient tradition of storytelling, and making it relevant to a modern, global audience. Sarah’s work honors that — she uses 21st century technology to make the world’s ancient, invisible history visible once again,” said TED Prize Director Anna Verghese. “At a moment when so many ancient sites are under threat – and being destroyed – it feels particularly poignant that we are awarding the TED Prize to a brilliant mind, committed to finding, sharing and protecting these gems.”

“I am honored to receive the TED Prize, but it’s not about me; it’s about our field – and the thousands of men and women around the world, particularly in the Middle East, who are defending and protecting sites,” said Parcak. “The last four and half years have been horrific for archaeology. I’ve spent a lot of time, as have many of my colleagues, looking at the destruction. I am committed to using this Prize to engage the world in finding and protecting these global sites.”

Parcak was introduced to aerial photography through her grandfather’s use of it in his forestry work. While pursuing Egyptology at Yale, she took a remote sensing class with his work in mind and began to wonder if modern technology could also be applied to archaeology. While a Ph.D. candidate at Cambridge University, Parcak developed a technique for processing satellite data that helped her detect 132 undiscovered sites in Egypt.

About the TED Prize

The first TED Prize was awarded in 2005, born out of the TED Conference and a vision by the world's leading entrepreneurs, innovators, and entertainers to launch a global project that marries the recipient’s “wish” with TED’s global community.

The original prize:$100,000and the TED community's range of talent and expertise. What began as an unparalleled experiment to leverage the resources of the TED community has evolved into a $1 million award and an ambitious effort to spur global-scale change.

This is the first year TED Prize nominations for the $1 million award will be on a rolling basis.