After more than 10 years of archival research and interviews with 45 African-American educators, Tondra Loder-Jackson, Ph.D., reveals their experiences and contributions to the movement. 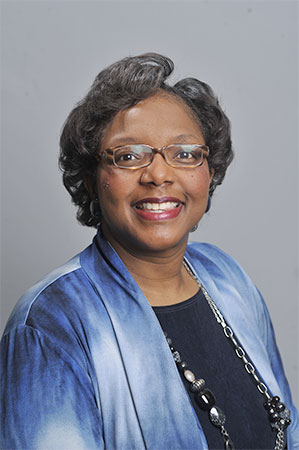 Birmingham is rich with stories about the civil rights movement and the prominent leaders, local activists and even children who fought for social change, but little is known about the role educators played during that time.

A new book by University of Alabama at Birmingham professor Tondra Loder-Jackson, Ph.D., examines the role that African-American educators played in the Birmingham civil rights movement from the late 19th century to the present day.

“This is the first book of its kind that is devoted primarily to the multigenerational perspectives of African-American educators in the South and how they perceived their roles and contributions to the civil rights movement,” said Loder-Jackson. “I wasn’t born in Birmingham, but I grew up here. My early experiences of attending Birmingham schools during the period of desegregation are part of what shaped my interest in this topic.”

“Schoolhouse Activists: African American Educators and the Long Birmingham Civil Rights Movement” revisits the longstanding debate about whether educators were friends or foes of the civil rights movement. The book is the culmination of more than 10 years of archival research and interviews. Loder-Jackson has found that African-American educators in Birmingham were involved in both the front lines of the movement and behind the scenes in ways that are not easily noticeable to most scholars and the general public.

“Educators spent time teaching students about social justice issues and the perils of Jim Crow,” said Loder-Jackson. “Many of them supported students when they learned of their interest in participating in the movement. An example of this is not reporting students to school administrators when they chose to skip class to participate in the Children’s Crusade. They faced opposition while fighting for benefits such as sick leave. Some even lost their jobs fighting for equal pay.” 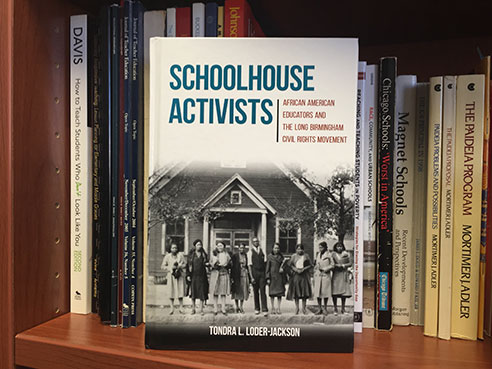 The book is divided into two parts. Part I chronicles the history of Birmingham education in relation to African-American educators between the late 19th century and the mid-20th-century classical phase of the movement, which began in 1954 with the Supreme Court decision in Brown v. Board of Education. In Part II, Loder-Jackson shares the memories and experiences of 45 African-American educators who came of age before, during and after the classical movement. She hopes the book will serve as a resource for current educators, community activists and students grappling with contemporary struggles for educational justice.

“I’m not sure if some of our teachers today are aware of the impact they can have to change schools and society,” Loder-Jackson said. “We live in a time now where many teachers feel they are being dictated to by external entities like federal and state governments. I think it’s important for K-12 educators in particular to know that they have a history of activism and advocacy, and in the past they have been empowered to effect change in schools.”

Loder-Jackson is an associate professor in the UAB School of Education Department of Human Studies. She will conduct her first campus book talk on Thursday, Feb. 18, from 4-6 p.m., at the UAB Hill Student Center, 1400 University Blvd., Room 203. The book talk is sponsored by the UAB Center for Urban Education and the African American Faculty Association

To learn more about “Schoolhouse Activists: African American Educators and the Long Birmingham Civil Rights Movement,” click here. The first chapter of the book is available to read online.