UAB’s Parcak will use wish to create an online, interactive citizen science platform.
As the year draws to a close, UAB News looks back at some of the top stories of 2016. See them all here. 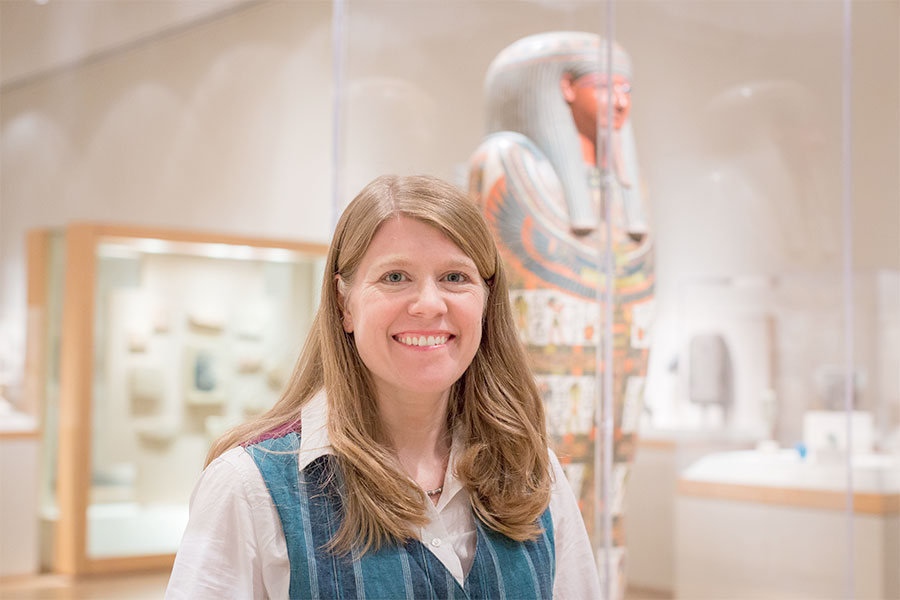 Each year TED, the nonprofit devoted to Ideas Worth Spreading, awards the TED Prize to one exceptional individual with a creative, bold vision to spark global change. The prize asks the recipient to launch a high-impact project, “a wish to change the world.” To do this, they are awarded $1 million and the resources of TED’s extended global community of innovators, entrepreneurs, and TEDx organizers who are ready to engage and help fulfill the wish.

I wish for us to discover the millions of unknown archaeological sites across the globe.

Often described as the modern day Indiana Jones, Parcak uses infrared imagery from satellites to uncover ancient archaeological sites. A pioneer of space archaeology, she has earned acclaim for being among the first to apply satellite imaging to locate archaeological sites in Egypt. A professor at the University of Alabama at Birmingham, where she founded the Laboratory for Global Observation, a TED Fellow, and National Geographic Fellow, Parcak gained international attention for satellite mapping all of Egypt and unearthing 17 potential unknown pyramids (adding to the 138 known pyramids), 1,000 tombs and 3,100 settlements. She and her team have since uncovered thousands of additional ancient sites across Europe, the Mediterranean, and the North Atlantic, and also have used satellite technology to map extensive looting in post-Revolution Egypt.

When Parcak was named TED Prize winner in November, she began working with the TED Prize team to develop her global project. At the heart of her wish is an online, interactive citizen science platform – to be launched this summer – which will allow anyone to discover ancient sites from space and monitor looting.

Here is how it works:

“I want the entire world to be able to engage with archaeological discovery,” said Dr. Parcak.” We are at a tipping point with our global heritage, and the only way for us to take action now is to allow the world help archaeologists map sites and find looting in weeks instead of months or years - whether they are in classrooms or on a coffee break. With the TED Prize, we can build the first ever crowdsourced system to find sites and map looting on a large scale. We honor our past by protecting it for the future.”

“Sarah is the ultimate 21st century explorer,” said TED Prize Director Anna Verghese. “She’s pioneered a new way of finding ancient sites from space, and with the TED Prize she’s opening up and making accessible the field of archaeology. We find ourselves at a critical moment in time when we can empower and ignite an army of citizen scientists to find, share and protect our heritage. With them and the TED community, which is ready to make her global project a reality, we can democratize a new kind of exploration.”