The fellowship will help further the completion of the first study, bilingual edition of a centuries old legal case. 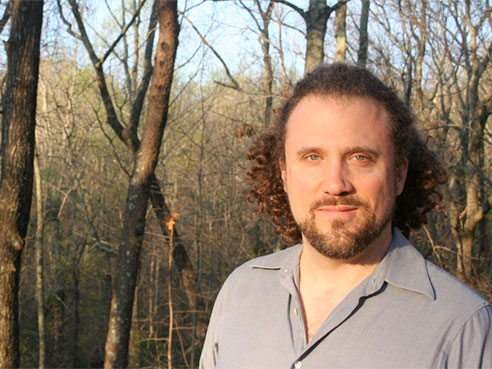 John K. Moore Jr., Ph.D., has been awarded a fellowship from the American Council of Learned Societies. Moore is an associate professor of Spanish in the UAB College of Arts and Sciences Department of Foreign Languages and Literatures.

The $45,000 award is to further the completion of Moore’s bilingual edition and study of “His Majesty’s Prosecutor v. José Soller, Mulatto Pilgrim, for Impersonating a Priest and Other Crimes,” a previously unedited and unpublished legal case from late 17th-century Spain. José Soller was traveling as a pilgrim from Lisbon, Portugal, to Santiago de Compostela, Spain, and had intended to continue from there to Rome, Italy, when he was apprehended in Ourense, Spain, in 1693 for impersonating a priest. This body of work will be the first study, edition and translation of the case.

Moore is one of 70 fellows selected from more than 1,100 applicants. Fellows and grantees are selected by a committee of scholars. Moore’s project was received well by the review committee.

“The discovery of this fascinating trial record of a mulatto who was prosecuted in Spain in 1693 for impersonating a priest while embarked on a pilgrimage from Lisbon to Santiago de Compostela is a rare find,” the committee noted. “The trial record and supporting documents provide fantastic windows into the legal status and treatment of black slaves in Spain during this period and stand in contrast to that in the New World. The details of black experience and the breach of conventional social structures (encroachment on the priesthood and on the very conception of holiness and piety) are intriguing; there does not seem to be anything like this elsewhere. This work will be of broad interest.”

The ACLS is a private, nonprofit union of 73 national scholarly organizations devoted to the advancement of humanistic studies in all fields of learning in the humanities and the social sciences and the maintenance and strengthening of relations among the national societies devoted to such studies. It is the leading private institution supporting scholars in the humanities and related social sciences at the doctoral and postdoctoral levels. The ACLS's contributing institutions include The Andrew W. Mellon Foundation, the Ford Foundation, the Rockefeller Foundation, the National Endowment for the Humanities, and the William and Flora Hewlett Foundation.