by Adam Pope
Nathaniel Lawson, DMD, assistant professor at the University of Alabama Birmingham School of Dentistry, is the recipient of the 2015 John W. Stanford New Investigator Award given by the American Dental Association. 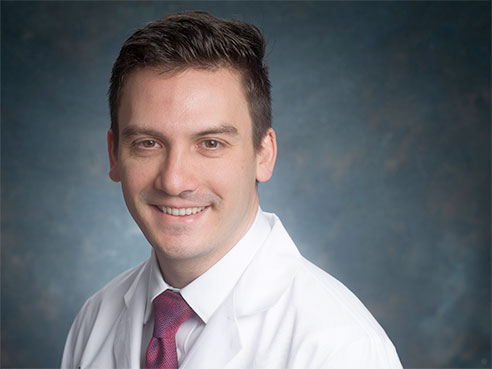 “In the laboratory, we test many of the new products that either have come to market or are about to come to the market,” Lawson said. “Often we will discover problems with new materials based on specific clinical applications.”

He says that, as these materials transition to mainstream dentistry, clinicians will need to know if they are able to fully polymerize at different depths. Lawson’s research project examined the method used to measure the depth of cure of composites, specifically bulk fill composites.

In his laboratory, some of the new materials being tested include a resin infiltration material that would allow small cavities to be restored without the use of anesthesia or drilling and new filling materials that release calcium and phosphate to help remineralize teeth.

The American Dental Association Council on Scientific Affairs selected Lawson to receive the award, which is being bestowed for the third time in as many years.

“It was a huge honor for me to receive a national research award from the ADA,” Lawson said. “The recognition from the ADA helps me realize the benefits of pursuing an academic career and serves as encouragement for me to continue working in dental research.”

Before becoming an assistant professor, Lawson earned both his DMD in 2011 and his Ph.D. in biomedical engineering in 2012 at UAB.

The John W. Stanford New Investigator Award honors the contributions of one of the ADA Standards Program’s most vital figures, John Stanford, Ph.D. The award acknowledges the original research that dental students and new dentists produce in the realm of dental standards.