As the year draws to a close, UAB News looks back at some of the top stories of 2016. See them all here. 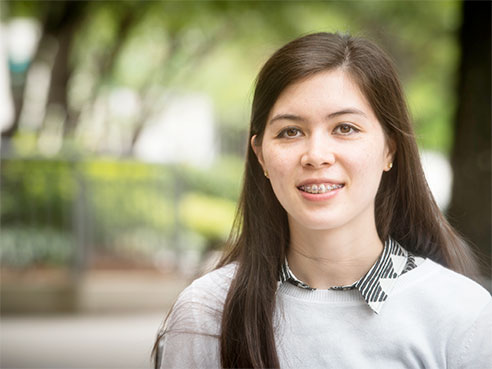 A University of Alabama at Birmingham student was named a 2016 Goldwater Scholar by the Barry M. Goldwater Scholarship in Excellence in Education Foundation, and three UAB students earned honorable mentions.

Courtney Walker, a junior neuroscience student in the College of Arts and Sciences’ Department of Psychology and member of the UAB Honors College’s Science and Technology Honors Program, joins the group of 21 UAB students who have been named Goldwater Scholars to date.

Walker is one of only three students from the state of Alabama selected for this year’s program.

“Being selected as a Goldwater Scholar is really a dream come true for me,” Walker said. “I can’t imagine doing anything other than research for the rest of my life, and receiving this award has shown me that I have what it takes to succeed. I am so grateful to have received such a tremendous honor.”

Walker was selected from a pool of more than 1,100 student-applicants from 415 colleges and universities and was among just 252 students who received the award nationwide. The scholars were selected based on their academic achievements outlined in the nominations submitted by faculty members.

This honor is just one of Walker’s many achievements garnered as a UAB student. In addition to her major coursework as a student in the undergraduate neuroscience program, Walker is pursuing minors in biology and chemistry while maintaining a 4.0 GPA. She was selected to participate in UAB’s Honors Neuroscience Summer Research Academy this summer, and took part in the Wells Fargo Foundation Summer Scholars Program in 2014. She has held leadership positions in numerous organizations, including the Undergraduate Neuroscience Society, the Alabama Brain Bee, and the Science and Technology Honors Program. She also serves on the editorial board for Inquiro, UAB’s journal of undergraduate research.

The Goldwater Scholarship program began in 1989 with the purpose of encouraging outstanding students to pursue careers in engineering, mathematics and the natural sciences. The foundation grants each recipient a scholarship for the 2016-2017 academic year that covers the cost of tuition, fees, books, and room and board up to a maximum of $7,500 per year.