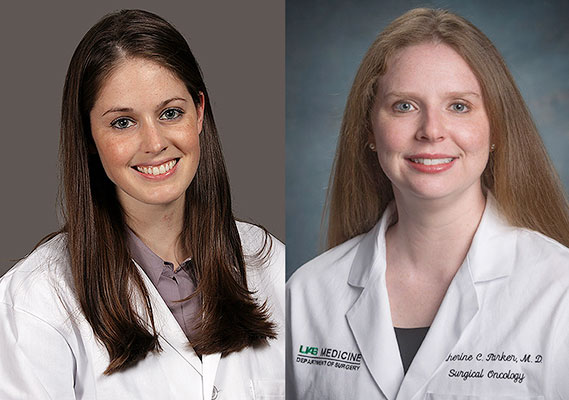 Women enter medical school at the same rate as men, but fewer than one in five becomes a surgeon.

There are several reasons for this, according to The Bulletin of the American College of Surgeons, including unconscious bias, a paucity of female role models and even a perception on the part of prospective female surgeons that there is an inability to achieve a work/life balance.

A group within UAB is laboring to alter the perceptions — and the realities — in all of these areas and improve those numbers.

“Surgery has historically been a male-dominated field,” said UAB surgeon Lauren Caldwell Tanner, M.D. “The number of women in surgery continues to grow, gaining strength in numbers and creating a vast support network. Finding a balance between a successful surgical career and home/family life is not only possible, but a common experience.”

Tanner and Catherine C. Parker, M.D., are leaders of UAB’s Women in Surgery group, which has been in existence for several years as an informal gathering of female residents and faculty within the general surgery department. When Herb Chen, M.D., became chair in fall 2015, he asked Parker and Tanner to develop a more formal organization, “which we eagerly accepted,” Tanner said.

Next on their agenda is a day of workshops and seminars targeted to female surgeons, surgery residents and medical students interested in pursuing a surgery residency that will be held from 7 a.m.-4 p.m. Tuesday, April 26, in Margaret Cameron Spain Auditorium. The program is free, but registration is requested. The event is open to UAB alumni and surgeons in the Birmingham community.

The inaugural Women in Surgery Program will address topics such as contract negotiation, career development, and mechanisms for success in academic medicine and private practice and offer networking opportunities. The goal is to unite women across surgical disciplines at varying levels of practice and promote successful practice and lifestyle models.

Jen Jen Yeh, M.D., associate professor of surgery at the University of North Carolina School of Medicine, will launch the day’s events with her lecture, “Serendipity, Integration and Synergy.” Afterward, Yeh will participate in a Q&A session for residents and medical students.