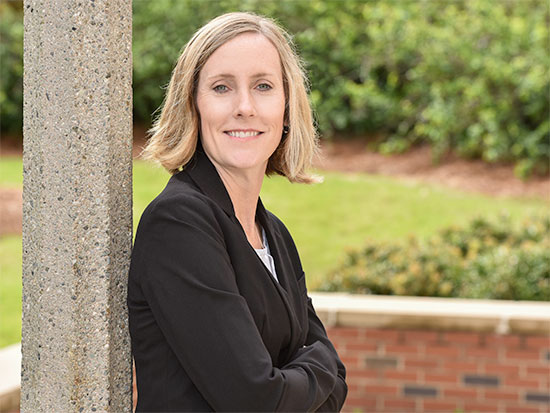 Mary Lee, MSNAs an Army reservist and photojournalist working on a story at a United States Army Combat Support Hospital in Baghdad, Iraq, in 2009, Mary Lee, MSN, realized her true calling as a nurse.

“I got to see Army doctors, nurses and medics work, knowing what they did was really important, and that there was a great need for it,” Lee said. “I had always wanted to go to nursing school, and this sealed the decision for me. When I got back from that deployment, I enrolled at the University of Alabama at Birmingham School of Nursing.”

The UAB School of Nursing has a long history of partnering, formally and informally, with the Department of Veterans Affairs to positively impact health care for veterans and their families. The school’s academic partnership with the Department of Veterans Affairs is unique in that it is the only one nationwide made up of an undergraduate element, a graduate education element, and a primary mental health nurse practitioner residency element, and they are part of a full complement of programs designed to improve patient and family-centered care for veterans.

Lee, learning about all of the veteran-centric initiatives the school offers, found a place where she was comfortable pursuing her goal of becoming a U.S. Army nurse. Now in her residency at the Birmingham VA Medical Center, Lee is as unique as the school’s VA Nursing Academic Partnership — she is the only student within the school to complete the undergraduate VANAP and the VANAP-GE and enter the PMHNP residency.

“A VA legacy through and through” is how Teena McGuinness, Ph.D., professor, chair of the school’s Department of Family, Community and Health Systems, and co-director of the PMHNP residency, describes her.

“Mary really does know what it means to serve, based on her deployments and continued service in the Army Reserve,” McGuinness said. “She develops rapport quickly with her patients at the VA because she has a deep appreciation for military life due to her own service. Her credibility as a veteran, combined with the skills she is acquiring as a psychiatric nurse practitioner, will serve her well as she continues to advocate for veterans.”

For Lee, it was simply a case of deciding that becoming a nurse was how she could best impact those comrades in arms — past and present — who greatly needed her support.

Lee eventually changed her military occupational specialty to nurse and was commissioned as an officer in 2012. Now she is a first lieutenant, awaiting promotion to captain, and serves as the executive officer of Bravo Company, 75th Combat Support Hospital, her unit based in Tuscaloosa, Alabama.

“Photojournalism exposed me to what can happen on the battlefield, and being in a combat support hospital showed me the extreme professionalism those health care providers could display under intense pressure,” Lee said. “Seeing that environment made me want to be part of something like it where I could make that kind of difference.”

As part of her combat support hospital experience in Baghdad, Lee observed the staff of the outpatient mental health center. As she progressed through the VANAP and VANAP-GE, she recalled some of those observations and how mental health care is so crucial for veterans. When the opportunity to enter the PMHNP residency arose, she took what seemed the logical next step. 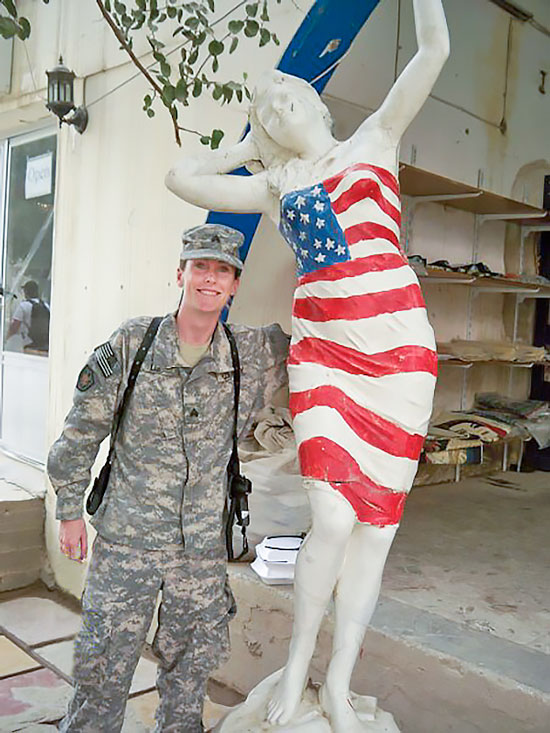 Lee was on a mission at a small Forward Operating Base in Baghdad on July 4, 2009, when she came across this patriotic statue outside one of the local shops.“It has been a natural progression going through all the different steps — being the nursing student then the graduate student and now building on what I know about veterans as part of the residency,” Lee said. “The VA does a really good job of giving not only the medical care, but the psychiatric care and support our veterans need to heal as people, and I am proud to be a part of that.”

Lee is also proud to be part of a program that offers as many opportunities for learning and advancement as the VANAP does at the UAB School of Nursing.

As part of collaborative partnerships with the Birmingham VA Medical Center and UAB Hospital, she works with various psychiatrists, pharmacists, other nurse practitioners and other interprofessional teams to provide state-of-the art care to veterans. She also attends psychopharmacology classes with residents from the UAB Department of Psychiatry one day a week, attends “grand rounds” at UAB, learns about the structure and function of the brain with pathology residents in a shared pathology lab, and works at a local clinic for the homeless.

“It has been a really good educational and professional experience getting to work with so many different providers and learning their styles and the various aspects of their specialties,” Lee said. “I’ve met some great people at the UAB School of Nursing and the VA, too. The VA has been incredibly welcoming of this program.

“The psychiatrists and nurse practitioners like having us there and are always willing to teach us and answer questions that will help us be better prepared to provide the best possible health care for our veterans.”

As Memorial Day approaches, Lee reflects on her service and experiences and notes that it means something different to her now than it did before she became a U.S. Army nurse.

“I would say 10 years ago I was very naive about what Memorial Day really meant,” Lee said. “Growing up, it was the day you talked about soldiers who made the ultimate sacrifice and what they did and prayed for them; but it was also a day off to barbecue and hang out at the pool. Now it is a very humbling holiday that will always be a part of me.

“I absolutely love what I do,” Lee said. “It is really rewarding to be a psychiatric nurse practitioner in the United States Army and at the VA, and to get to work with those on active duty and with veterans. I am pretty sure they will have to kick me out of the Army to ever get rid of me.”