by Jim Bakken
Benoit is a seasoned educator, communicator and administrator who comes to UAB from Ohio University, where she was executive vice president and provost for almost eight years. 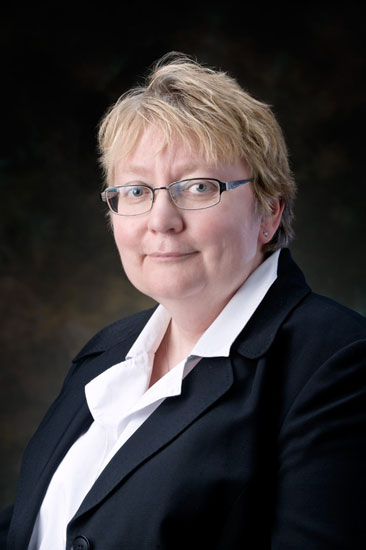 As chief academic officer of Ohio University since 2009, Benoit has led many significant initiatives, including: the conversion from quarters to semesters in 2012; development and implementation of the OHIO Guarantee, an innovative tuition and fee model through which Ohio University is helping students budget for the cost of a college education, in 2014; and creation of the nationally recognized Innovation Strategy Investment Program in 2016.

She was instrumental in transformative growth for the Heritage College of Osteopathic Medicine into Cleveland in 2015, where the university now partners with one of the most respected institutions in medicine, the Cleveland Clinic, to bolster the university into the forefront of medical education in Ohio and beyond.

The UAB senior vice president of Academic Affairs and provost search was led by a 22-member committee that included students, faculty, staff and administrators from across campus, as well as alumni and community leaders.

“This committee was very dedicated to their charge,” said UAB President Ray L. Watts. “I thank each member for his or her time and thoughtful consideration throughout this process to ensure we identified an SVP and provost more than capable of building on the tremendous momentum our academic enterprise and university is experiencing. Dr. Benoit has built an impressive career, and I am excited to welcome her to the UAB family.”

“We saw great interest in the position among an impressive and distinguished group of candidates,” Dilworth said. “The committee was pleased with the wealth of strong applicants we were able to review, and our diverse perspectives were enhanced by those shared by students, faculty and staff who viewed finalist presentations in person or online and contributed to the evaluation process.”

Benoit’s more than 20 years of experience in administration and academics includes advocacy; board relations; strategic budgeting and planning; diversity and inclusion; globalization; fundraising; economic development; and faculty, student, staff and alumni relations. She is known as a collaborative, innovative, strategic and committed leader who has advanced several impactful, campuswide initiatives and programs in a comprehensive research university setting.

Benoit believes the depth and breadth of her higher-education experience and deep understanding of effective communications will serve her well at UAB, one of the most diverse universities in the United States experiencing rapid growth across each area of its mission: education, research, patient care, community service and economic development.

“I am thrilled to be joining the University of Alabama at Birmingham and am eager for the opportunity to lead the academic mission of one of the top 20 federal research institutions in the nation,” Benoit said. “I look forward to contributing to UAB’s growth and continued ascension as a national leader.”

Benoit has written or co-written a number of books, chapters, articles and reports for her research interests that include narratives, communication theory, interpersonal persuasion and argumentation, and leadership.