by Bob Shepard
A UAB neurobiology professor has been inducted into the leading Slovenian scientific society. 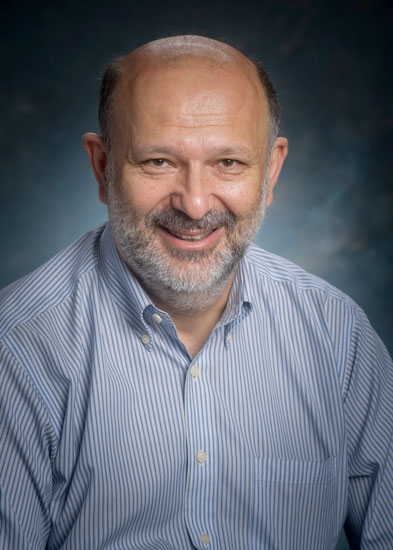 Vladimir Parpura, M.D., Ph.D., professor in the Department of Neurobiology in the School of Medicine at the University of Alabama at Birmingham, has been selected as a corresponding member of the Slovenian Academy of Sciences and Arts, Section of Medical Sciences.

Parpura earned his medical degree from the University of Zagreb in Croatia in 1989, and a doctorate in neuroscience and zoology from Iowa State University in 1993. He will take the reins as president of the American Society for Neurochemistry this year.

Parpura will be inducted into the SASA during ceremonies to be held June 22 at the Hall of the Slovenian Academy of Sciences and Art in Ljubljana, Slovenia.

The Academy was established in its current form in 1938, but predecessor organizations date back to 1693. Today, the SASA is the primary national institution of sciences and the arts in Slovenia, fostering the development of scientific thought and creativity in the arts. Parpura will be one of 78 corresponding members from scientific organizations outside of Slovenia.