Stacey Holloway, assistant professor of sculpture, partnered with colleagues to publish a collection of letters to a fictional young iron-caster written by 21 iron-casting innovators. 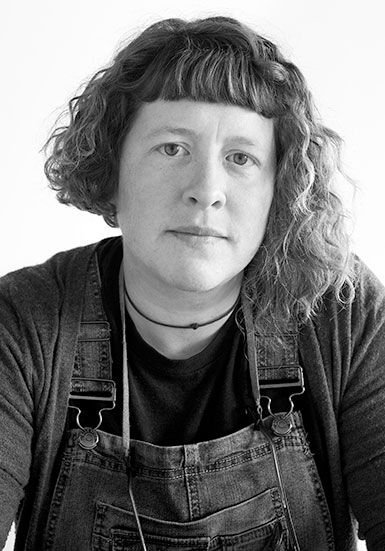 Birmingham’s Sloss Furnaces once was the largest manufacturer of pig iron in the world. Though its blast furnaces closed in 1970 and the grounds now are a historic landmark, the Sloss Metal Arts program partners with the Department of Art and Art History to teach the craft to beginner artists.

Despite Birmingham’s intertwined history with the art of iron-casting, little has been written about the brief history of the craft in the art world, said Stacey Holloway, assistant professor of sculpture. Most stories exist as oral traditions, passed down through the classroom or mentor-mentee relationships.

To put those tales to paper, Holloway partnered with sculptor Wayne Potratz, professor emeritus at the University of Minnesota, and Marjee Levine, a visiting lecturer from the Massachusetts College of Art and Design (MassArt), to publish “Warmest Regards: Letters to a Young Caster.” This collection of letters, addressed to a fictional young iron-caster, is written by 21 iron-casting pioneers — many of them first-generation, fine art iron-casters and significant contributors to iron-casting culture.

The letters contain everything from opinions and words of wisdom to technical advice and inspirations. Holloway says she knows the value of what’s communicated in those letters because, during her undergraduate and graduate studies, she studied and worked under many of those pioneers herself.

“I had this advice as a young artist,” she said. “Many of these professionals are not traveling to conferences as much or are retired from academia. Many of their students and trainees have gone to share their given knowledge, but this was more of a way to get this advice directly from the original source out to our younger generation.”

Holloway and Levine first considered the idea of compiling “Warmest Regards” while attending the 2017 National Conference of Contemporary Cast Iron Art and Practices, held biennially at Sloss. Levine, Holloway says, is passionate about restoring and archiving fine-art iron-casting history, and the book is the first step in achieving that goal.

The book can also be used as a teaching tool, Holloway said, because many contributors discuss variations on iron-casting methods.

“There are many different ways to go about a technique or process, and many of these professionals do things very differently from each other, so it also serves as a way to get some of these processes out to a variety of our young casters,” she said. 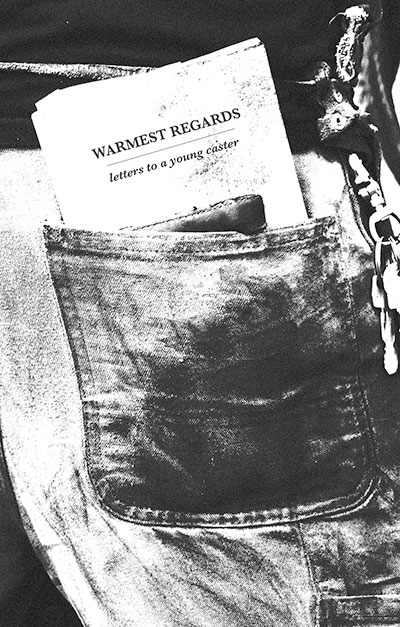 Out of the comfort zone

Holloway is a mixed-media artist — her work can be seen at staceyholloway.com — but she had little experience in writing or editing a collection. To learn the ropes, she partnered with associate professor of graphic design Doug Barrett, visual media and outreach coordinator Jared Ragland and Banner Digital Printing and Publishing’s Nick Brunson to learn programs and techniques necessary for designing “Warmest Regards.” Levine assisted Holloway in the book-editing process.

Holloway said that Barrett, Ragland and Brunson were not only willing to help, but were truly excited about the project — a learned lesson that she plans to pass on to her students.

“I would suggest that students strive to work outside of their comfort zones and asked for assistance,” she said. “Most are generally very excited and willing to help.”

Holloway was able to partner with the Sloss Furnaces Foundation to collect donations to help publish the book’s first 1,000 copies, and she also called companies that would benefit from sponsoring a book like “Warmest Regards.” But much of the funding came from artists.

“A great deal of the money raised actually came from individuals in the fine-art iron-casting community,” she said.

“Warmest Regards” does more than pass along the history of iron-casting and tips and tricks of the trade. Its proceeds also benefit specialized conferences within the field and support the venues that host and teach casting.

The International Conference on Contemporary Cast Iron Art, the Western Cast Art Alliance and the National Conference on Contemporary Cast Iron Art and Practices will benefit, as will venues in locations all over the United States, such as Josephine Sculpture Park in Frankfort, Kentucky Sculpture Trails Outdoor Museum in Solsberry, Indiana Salem Art Works in Salem, New York, and of course Birmingham’s own Sloss Metal Arts program.

“These funds will be used to help the conferences or venues in the way they see fit, just as long as it aids in the teaching of the iron-casting process,” Holloway said. “Wayne, Marjee and I decided to contribute to this iron community — a community that has proven to be more like a family.”

Holloway said that it’s likely another book like “Warm Regards” will be published in the next few years, because there’s more that needs to be told to the up-and-coming artists.

“There are so many more significant people in our field that have a bunch of great advice and stories, so we will definitely be compiling another book in a few years,” she said.

In the meantime, Holloway is curating a national metal-casting exhibition titled “In the Belly of the Beast: Second Degree,” which will be on display at Stephen Smith Fine Art in Fairfield, Alabama, June 29-Aug. 25, with an opening reception and Sloss Metal Arts iron pour exhibition 5-8 p.m. June 29. She is also working on two solo exhibitions, one which will be featured in the Abroms-Engel Institute for the Visual Arts during the 2018 SECAC Conference.