Changed by a baby boy: Adoption sets philosopher on path to celebrating a world of differences

Philosophy’s Brynn Welch turned a real-life experience into practical change — first through scholarly research, then a children’s book and now the classroom. 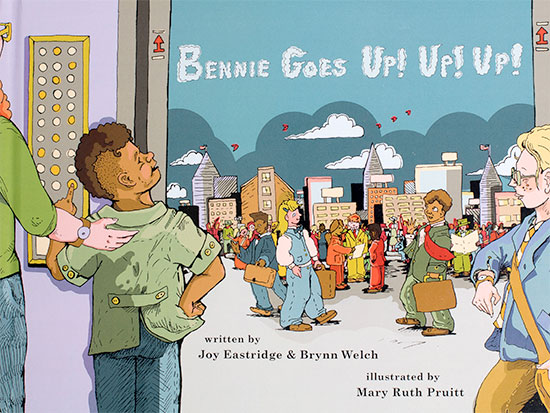 Brynn Welch was told the process of adopting a child could take years. But merely a week after her home study process was completed, she was matched with a child. And 11 days later, in August 2013, her son was born.

She admits she was wildly unprepared in some ways. A couple of bottles, a small pack of diapers, a baby swing and three tubes of diaper rash ointment were all she threw together before rushing to the hospital. But Welch thought she was set in at least one area: children’s books. She had shelves and shelves full at home and had been collecting them for some time.

But an issue arose that she did not expect: None of the books featured characters of color. Welch is white, and the child she adopted, Ben, is black.

“I became sort of manic,” said Welch, an assistant professor in the University of Alabama at Birmingham’s Department of Philosophy. “I was tearing through every book in the house. It was a bad moment for me, this feeling of having filled my house with books where he couldn’t see himself in them and feeling guilt for not having noticed that.”

So began the story of “Bennie Goes Up! Up! Up!” which was published in February. Welch and Joy Eastridge, a friend of Welch’s from her hometown in northern Tennessee who works as a parish nurse and writes Bible studies and devotionals, are co-authors, and a colleague in the UAB Department of English, Jill Clements, was her proofreader. The book is illustrated by Mary Ruth Pruitt, a former student of Welch’s who had just completed her Master of Fine Arts degree at the Memphis College of Art.

“She knew Ben, and I trusted her with Ben’s image,” Welch said.

“Bennie” follows the adventures of Bennie and his dreams of soaring and reaching for the stars. The book is full of details that Welch says often are not present in popular children’s literature; much like the real-life family that inspired them, the book’s mother-son duo are unconventional, with her red hair and his dark skin. In an illustration of Bennie’s room, a costume tiara can be seen sparkling from inside his toybox — an homage to real-life Ben, who loves anything that sparkles or twirls. In a playground scene, a family pushes their son in a wheelchair on an adaptive swing set.

The whole idea started with a few of Welch’s Facebook rants on the subject, she says, which prompted a friend from graduate school to suggest Welch write an academic paper about the issue. In April 2016, “The Pervasive Whiteness of Children’s Literature: Collective Harms and Consumer Obligations” was published in the academic journal “Social Theory and Practice.” That same month, Welch delivered a TEDx talk at Emory & Henry College, where she was teaching at the time. 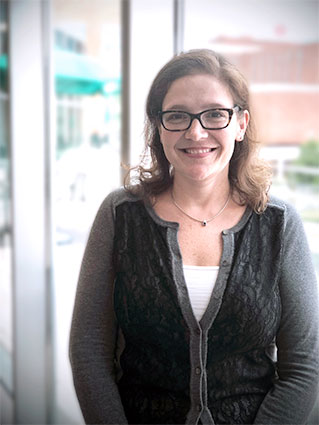 She soon was approached about turning that academic research into action: Eastridge asked Welch a simple but profound question: If you can’t find the book you’re looking for, why not write it yourself?

Most children’s literature, Welch says, is heteronormative and lacks multidimensional disabled characters and variations on religion, family structure and sexual orientation. The goal of “Bennie” was to provide a more realistic depiction of the world the authors and illustrators saw daily — full of people with varied family structures, abilities and skin colors. Eastridge, like Welch, also has an interracial family. Pruitt lived down the block from an adaptive playground in Memphis, and Ben attends day care at Birmingham’s United Ability Hand-in-Hand Early Learning Program, where Welch says she saw an adaptive swing set for the first time.

“If one child feels less alone in the world because of this book, we’re happy,” Welch said.

The book is self-published — a decision Welch and the others made after Welch attended a Haddin Arts and Sciences Forum on children’s book publishing this past year. Most publishers, Welch learned, are not interested in viewing illustrations sent with book pitches, which she said was an issue for “Bennie Goes Up! Up! Up!”

“Even though some publishing houses are trying to encourage more diversity in children’s books, one of the problems is that, when there is a person of color included, it’s about color. It reduces the character to being one-dimensional,” she said.

Many children’s books that focus on black characters tend to choose big names as their stars, such as Martin Luther King Jr. or Jackie Robinson. For Welch, it was important to make the book more relatable to children who may not yet identify with an activist or a sports star — children who just want to see a character who looks and acts like themselves.

“A blogger for the New York Times once wrote that, contrary to what people seem to think, our babies don’t spend their time just thinking about Harriet Tubman,” Welch continued. “They also said that true diversity will celebrate the mundane. We wanted to write a book about a kid just doing something.”

Welch joined the Department of Philosophy in 2016. She and Ben relocated from a small town in Virginia — a move Welch says she is grateful for, in part because she hopes Ben can experience a more diverse and rich culture in Birmingham.

One day during her first year at UAB, school closings required her to bring him to her class. During that lecture, she says, she had a kind of epiphany: UAB and its commitment to diversity represented something for Ben she had not considered before.

“I had this moment when I thought, ‘It matters a lot to me that a diverse group of students is an example for him of who gets to go to college,’” she said.

Much like the way she channeled what she learned researching her article “The Pervasive Whiteness of Children’s Literature” into action by publishing “Bennie,” Welch says, she wants to use her teaching platform to prompt students to think about social issues.

Welch teaches classes on the intersection of family and public policy. She leads discussions on social justice concerns and the impacts on families and asks questions about marriage as an institution, parental rights and education, and children’s obligations to aging parents, among other topics.

“There’s a new push within the discipline,” Welch said. “We’re the descendants of Socrates; we’re supposed to be out in the streets talking to real people. The department at UAB is more encouraging of public philosophy.”

Welch also is passionate about engaging students. She hosts a session at Goin’ Green new student orientation to help students learn the soft skills needed to succeed in higher education, such as understanding and using a syllabus.

“I asked my students to make a list of the things people assumed they knew about going to college but that no one ever actually told them, and they filled the class period talking about it,” Welch said.

Welch also applied to and was accepted to be an Honors Faculty Fellow, and she plans to host a series of monthly meals titled “Arguing About Life, Love and Laws.” She will lead discussions on topics such as climate change and paying for college and will prepare them to consider conflicting views in making personal decisions, to navigate relationships with others and to sustain a functional civil society.

A specific goal, she says, is helping students rethink what it means to win, which she defines more as having a position worth defending rather than defending your position no matter the consequences.

“I want to help students better understand why they disagree about particular issues and to think carefully about their own views and expectations of others,” Welch said. “I want them to rethink how and why we argue so that they can develop the skills essential for civil discourse and reflective living.”

The book is available for purchase on Amazon and at Barnes and Noble.