Krontiras and Rutledge selected as Women Who Shape the State

by Adam Pope
Every year, AMG presents 30 Alabama women with the Women Who Shape the State award. 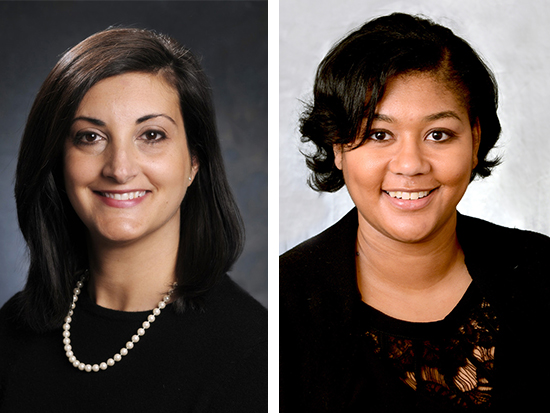 Helen Krontiras, M.D., director of the Division of Surgical Oncology at the University of Alabama at Birmingham, and Chrystal Rutledge, M.D., assistant professor in the Division of Pediatric Critical Care, have been named two of Alabama Media Group’s 2018 Women Who Shape the State.

“I’m honored to be named one of the 2018 Women Who Shape the State and to be in such great company with Dr. Beierle and Dr. Locke, as well as the other 29 women who received this award this year,” Krontiras said. “The work we do within the Division of Surgical Oncology, the UAB Breast Health Center and the UAB Comprehensive Cancer Center has such an impact on so many patients, directly and as a result of our cancer research.”

Krontiras’ research focuses primarily on the chemoprevention of breast cancer. She is a senior scientist at the UAB Comprehensive Cancer Center and also serves as the clinical investigator on a new drug in development at UAB that hopes to reduce the risk of developing breast cancer, called UAB30.

Rutledge, a graduate of the UAB School of Medicine in 2008, also serves as medical director for the Critical Care Transport Team at Children’s of Alabama. Her research focuses on the use of simulation to teach the entire spectrum of health care providers using simulation to improve preparedness of community health care workers for sick children.

“This award means the work I am doing is meaningful and is impacting communities around the state, much like the one I grew up in,” Rutledge said.

Rutledge is helping to improve the care of children across the state through the Children’s of Alabama Community Healthcare Education Simulation (COACHES) Program.

“This free program gives me the opportunity to go to community hospitals across the state and provide educational training to hospital staff, as well as assess the hospital to make sure they have the appropriate infrastructure, policies, protocols and equipment to care for children,” she said.

Every year, AMG presents 30 Alabama women with the Women Who Shape the State award. These women are considered by their peers to be leaders within their respective communities and professional industries and are nominated in recognition of their efforts to advance Alabama through their work in philanthropy, commerce, advocacy or public service, as well as their work in the nonprofit or small-business sectors. Since its creation in 2015, the Women Who Shape the State list has included the Division of Pediatric Surgery’s Elizabeth Beierle, M.D., who was named in the 2016 list, and the Division of Transplantation’s Jayme Locke, M.D., who was named in the 2015 list.