Stopping child abuse by understanding parenting and 'how it goes awry' 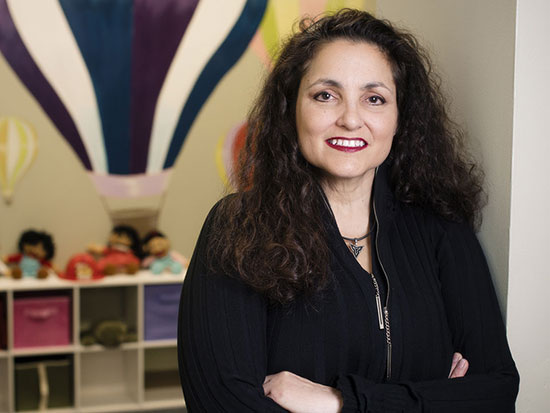 When Christina Rodriguez, Ph.D., was in high school, she volunteered at a child abuse shelter. “I saw a baby in a body cast,” she recalls, “and I said, ‘I need to do something to stop this.’”

According to the latest federal data from the Child Maltreatment Report, an estimated 676,000 children were victims of abuse and neglect in 2016, but this figure is widely recognized as an underestimate, says Rodriguez, an associate professor in the UAB College of Arts and Sciences Department of Psychology. The U.S. child welfare system costs some $30 billion annually, per this 2016 study, but research suggests the overall financial burden is far higher. In a 2012 report, researchers from the National Center for Injury Prevention and Control estimated the lifetime costs to treat the consequences of child abuse, such as mental and physical health care, homelessness, substance abuse, underemployment and criminal convictions, at $124 billion per year.

The vast majority of those financial costs — but not the physical and emotional tolls — are incurred after documented incidents of abuse occur. And so far, research has been focused on the post-abuse environment as well. But “I’m not interested in waiting for someone to be aggressive toward their child,” says Rodriguez. “I’m trying to predict what places people at risk for that behavior.” Her Parenting Challenges with Kids (PaCK) Lab is focused on “understanding parenting across the spectrum and how it goes awry,” Rodriguez says. That requires studying the full range of parenting behaviors and approaches, including the ways in which people’s feelings, attitudes and behaviors about parenting and discipline change as their children grow.

Rodriguez is building a conceptual model that includes the variety of factors that are linked to child abuse risk in parents, along with innovative psychological tasks that can objectively but unobtrusively measure a person’s responses to a variety of challenging situations — the kind that come up repeatedly during parenting. “I try to develop tasks to identify what people really think,” she says. (In order to preserve the validity of the tasks, she cannot share more details about how they work.)

“Just identifying people who have been abused themselves, or based on sociodemographic factors, is not a particularly smart way to go about child abuse prevention,” Rodriguez says. Because families in need of public assistance have more interactions with social programs, the likelihood of abuse being detected is much higher for this group. That means official statistics overrepresent socioeconomic status as a risk factor. “The problem with those statistics is that lots of poor people are perfectly good parents,” Rodriguez says. “The risk factors are not different based on income.”

Many people have heard of the “cycle of violence,” in which children of abusive parents perpetuate violence to their own children. “We assume it’s inevitable,” but only 30 percent of children or less are abused by parents who had been abused themselves, Rodriguez adds. “What interests me more are the 70 percent who initiate violence when it’s not in their background, or why people who are abused decide not to perpetuate violence toward their own kids. You might understand why someone who has been abused continues the cycle; the most confusing group is that 70 percent.”


Who is at higher risk?

In her research, Rodriguez has identified several factors associated with abuse risk. For example:


Men and women, equal and not

Learn more about UAB's undergraduate and graduate programs in psychologyRodriguez says many current child abuse prevention research and intervention programs are aimed at mothers. “But at least half of child abuse is perpetrated by dads,” she says. “The field has been assuming that anything that works with moms will work with dads as well,” but her work has found consistent differences between men and women. For instance, “men and women cope differently,” she says. “Their social support systems are different. We can’t assume that what works with one group can transfer to the other.”

This is just one area that needs more investigation, Rodriguez notes, but funding is a constant challenge. Child abuse research has not been a high priority, “because kids don’t vote,” she adds, “but allowing it to happen means billions of dollars are spent on dealing with the effects.”