Mine craft: Using satellites to find precious metals on Earth 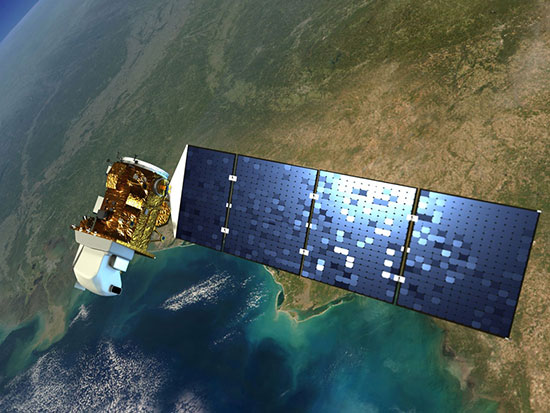 There is a lot of money in space mining — theoretically. A company called Planetary Resources estimates that a single asteroid, 2011 UW158, which whizzed past our own planet last year, holds some $5 trillion in platinum.

Reda El-Arafy is developing a different sort of space mining project. He is using satellites to find new mother lodes of minerals on Earth. El-Arafy, a Ph.D. candidate in the UAB School of Engineering’s Department of Civil, Construction and Environmental Engineering, is a geologist by training and an assistant lecturer in nuclear geology and remote sensing with Egypt’s Nuclear Materials Authority. He came to UAB in 2012 to study with UAB “space archaeologist” Sarah Parcak, Ph.D., who literally wrote the book on using satellite imagery to detect ancient settlements. “Satellite Remote Sensing for Archaeology,” her 2009 text, was the first of its kind. 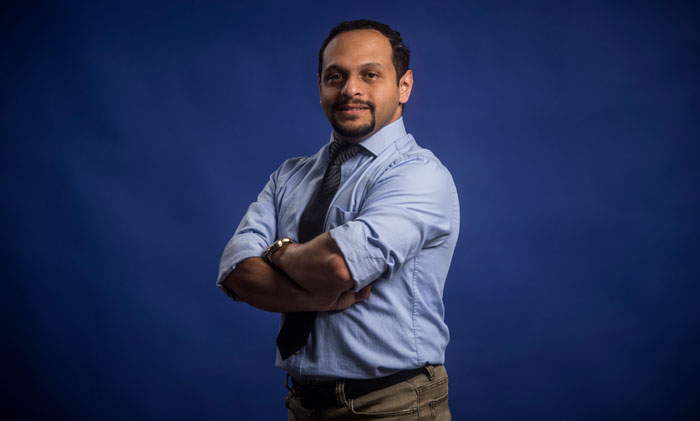 From tracking ISIS devastation to locating hidden caches of minerals with vast value, space-based imagery offers unique advantages, says UAB graduate student Reda El-Arafy. “Nobody can get there on the ground," he noted. "But we can do it with satellites.”

Parcak, an associate professor in the UAB College of Arts and Sciences Department of Anthropology specializing in Egypt, has discovered how to locate ancient pyramids, settlements and other sites through careful analysis of satellite data. Her techniques have garnered worldwide attention, including documentaries on the Discovery Channel and BBC, and a $1 million TED Prize.

El-Arafy assists Parcak in her efforts to recover secrets from the planet’s distant past. His doctoral research, meanwhile, focuses on finding new sources to power Earth’s future. He is using satellite imagery to locate potential ores of uranium and other precious elements — despite the facts that those metals are buried hundreds of feet underground, and that satellites can penetrate only an inch or less beneath the surface. 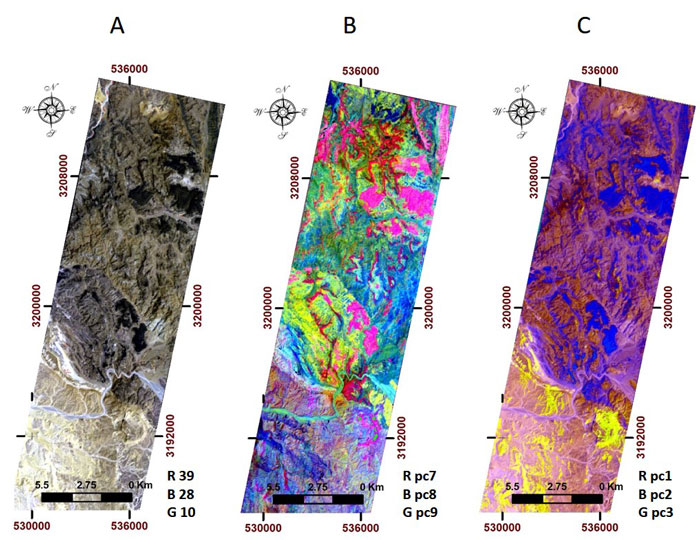 El-Arafy's images demonstrating use of the "hyperspectral PCA" technique. His research is developing new ways to manipulate satellite imagery.

He compares the technique to the way the police go after organized crime. If you can learn who hangs out with the mafia boss, you can follow those associates to the big guy’s hideout. El-Arafy has identified signatures — certain electromagnetic spectra — that hint at the presence of uranium and gold deep underground. Not to a certainty, he explains, but with an impressive accuracy of some 90 percent. Similar techniques could be used to find iron, copper, manganese and other economically valuable elements — “almost anything,” he said. 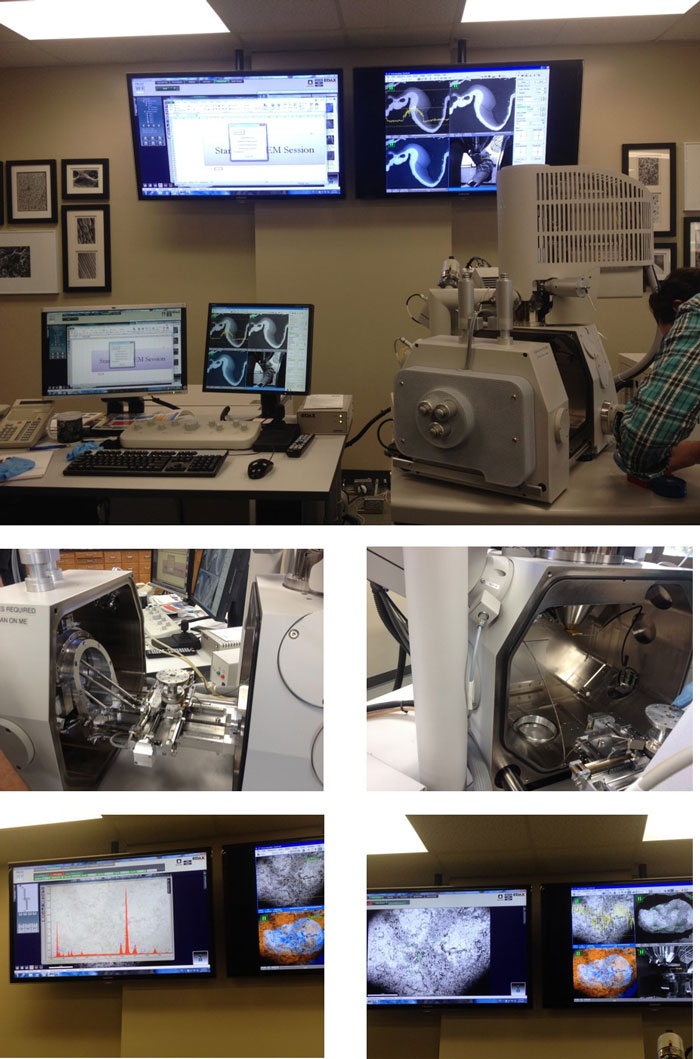 El-Arafy is helping to train a new generation of satellite sleuths as a teaching assistant in Parcak’s Observing Earth from Space course. During a recent lab meeting, El-Arafy demonstrated techniques to get the most out of historical images from the U.S. Landsat program, which offers free satellite imagery on the web dating back to the 1970s. The students, both undergraduates and graduates, used the datasets for a wide variety of class projects. They studied changes in the area around the Chernobyl plant after the 1986 nuclear disaster, investigated Native American sites in Alabama, tracked sea turtles in the Gulf of Mexico, and mapped changes in the Syrian city of Palmyra while it was under ISIS occupation. That last project is a great example of the power of remote sensing research, El-Arafy says. “Nobody can get there on the ground to see what has happened,” he explained. “But we can do it with satellites.”


Watch Las Vegas spill out into the surrounding desert in this NASA video created from decades' worth of images from Landsat 5.

Secrets of the ancients

Parcak is using her TED Prize funding to build a global network of citizen-scientists who can search for similar signs of looting. Her goal is to relay the information to the authorities in countries, like Egypt, that are struggling mightily with the problem. El-Arafy is excited to be part of the project. “That’s my heritage,” he said. “If it’s stolen, we won’t have this history.”

During his time at UAB, El-Arafy has earned several awards, including an Outstanding Scholastic Achievement Award and the Graduate Academic Excellence Award for doctoral students in 2016. After he completes his studies (he is set to defend his thesis in June), El-Arafy will return to Egypt “to help build a new generation of scientists, master’s and Ph.D. students who use these same techniques,” he said.

The ancients still have lessons to share, El-Arafy adds. “The Pharaohs found almost all the gold mines that exist in Egypt,” he said. “We don’t know how, but I’m working on a model to explain it.”