by Alicia Rohan
Ceren Yarar-Fisher, P.T., Ph.D., has received a $2 million R01 grant to study the effects of the ketogenic diet on neurorecovery in individuals with acute spinal cord injury. 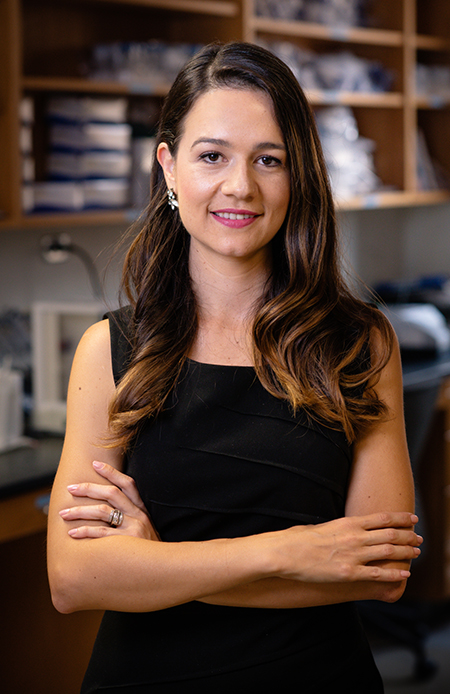 Ceren Yarar-Fisher, P.T., Ph.D.In the first clinical trial of its kind, researchers hope to discover whether following the ketogenic diet will help patients with acute spinal cord injuries regain sensory and motor functions faster than those who do not follow the diet.

Ceren Yarar-Fisher, P.T., Ph.D., assistant professor of Physical Medicine and Rehabilitation at the University of Alabama at Birmingham, has received an R01 grant to study the effects of the ketogenic diet on neurorecovery in individuals with acute spinal cord injury, or SCI. The five-year, $2 million grant is funded by the National Institutes of Health and will last through 2024. This study is the first randomized human clinical trial on this topic in the United States.

Yarar-Fisher and her team will aim to determine whether engaging in the ketogenic diet for five weeks compared to consuming a standard diet will improve motor and sensory function, functional independence and glycemic control in patients with acute SCI. According to Yarar-Fisher, there is accumulating evidence in SCI animal models that diet-based therapies, such as the ketogenic diet, offer effective neuroprotection against secondary injuries and improve forelimb motor function. However, this has not previously been evaluated on patients with SCI.

“Our hypothesis is that individuals who follow the ketogenic diet for five weeks will have greater improvements in motor, sensory and functional independence scores than individuals who receive a standard diet,” Yarar-Fisher said. “We also hypothesize that patients who follow the ketogenic diet for the same length of time will have lower blood glucose and insulin levels than those who follow a standard diet.”

The study participants will begin following a ketogenic diet within 72 hours of experiencing an acute SCI. The researchers will measure and prepare the meals that are brought to the patients while they are in the hospital. UAB Hospital has created a ketogenic diet menu, giving participants several options to choose from for their meals.

“Dietary intervention that results in neuro-protection administered during the acute phase of an SCI would be a major advance in the care of SCI patients at UAB,” Yarar-Fisher explained. “Additionally, this intervention, while developed at UAB, can be implemented anywhere in the world at low cost and without major regulatory hurdles. Better functional recovery will lead to a significantly higher quality of life as well as improved long-term health outcomes in individuals with SCI.”

The ketogenic diet may also improve the quality of life for people with SCI beyond the acute phase, which is the first year after an injury.

“Individuals with SCI who survive beyond the acute phase, on average, die 10-25 years earlier than able-bodied people, depending on the age, level and severity of their injury,” Yarar-Fisher said. “Better neurological recovery will lead to a longer, more active and independent life among individuals with SCI. In addition, individuals with improved neurological recovery can better manage problems such as spasticity, weight gain and chronic pain, and are less likely to experience feelings of anxiety, loneliness and depression.”